In accordance with our strategic plan, the Liu Institute is committed to examining and supporting work on the theme “Justice and Asia” during the next five years (2019-23) from a wide range of perspectives: social, political, economic, cultural, historical, and linguistic, among others.

“Liu fellows are questioning and expanding the concept of justice, especially through comparative and multidisciplinary perspectives. Their projects couldn't be more timely and important.”—Michel Hockx, Liu Institute director

The concept of justice resonates strongly with Catholic social teaching, as well as with the values of Asian philosophical and religious traditions. Justice is universally understood and innately experienced. It is also foundational to integral human development, the guiding principle of the Keough School of Global Affairs.

The Liu Institute for Asia and Asian Studies seeks to fund projects as part of its thematic cluster on “Justice and Asia.”

Proposals can be submitted by faculty fellows, students, groups, etc. Awards of up to $5,000 will be provided.

All proposals should have Asia at their center. Priority is given to proposals that encourage meaningful collaboration between Liu faculty fellows and student(s), that deliver concrete outcomes (publications, events, creative work), and that benefit the visibility of the "Justice and Asia" theme on and beyond campus.

Proposals must include the following:

For more information about the "Justice and Asia" theme, as well as previously funded projects, see https://asia.nd.edu/justice/

"Energy, Justice & Fukushima” is a teaching and research project that explores the Fukushima region of Japan within the context of environmental justice. The project examines the recovery from the 2011 earthquake, tsunami, and Fukushima Daiichi nuclear disaster that necessitated evacuation of the region. It explores dimensions of energy policy and practice with a focus on the Fukushima region and related implications for other communities within Asia and beyond

Key areas of attention include the business community’s role in the nuclear disaster and its response; the interface between businesses, the NGO community and citizens of the region; the implications of language, culture and historical context on the experiences of the disaster; and the issues of resiliency and sustainability in the face of energy policies and practice.

“Comfort Women and Their Right of Recognition: Remedial Responsibility of the South Korean Political Community” 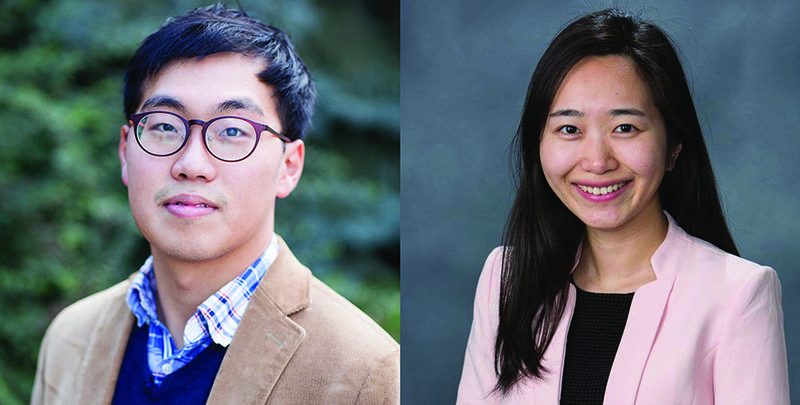 “Comfort Women and Their Right of Recognition” is a short-term research project that examines restorative justice for Korean women who were victims of the Japanese military’s sexual slavery during World War II. The project begins with the observation that the political struggle of “comfort women” can be characterized as a struggle for recognition—the acknowledgement of one’s unconditional moral worth and dignity. The project articulates a restorative justice that addresses historical injustice between nations.

The project formulates a new theory concerning the responsibility of the victims’ own political community, not just the country that perpetuated the injustice. According to theory put forward, the South Korean community, though it didn’t perpetuate harm against the “comfort women,” shares the obligation to remedy the victims’ sense of moral worth and dignity. The study suggests that the practice of building memorials or standing in solidarity with victims can be best understood as the fulfillment of justice, not an act of charity.

Current and past courses related to Justice and Asia

Liu Institute faculty fellows have historically addressed "Justice and Asia" across a variety of disciplines. Here are some examples.

BUSINESS
Georges Enderle
International Business Ethics with a special focus on China discusses corporate responsibilities of Chinese and non-Chinese companies with regard to wealth creation and human rights
Ethics in Finance and Banking focuses on the need of finance for ethics in the context of globalization, sustainability, and financialization
Introduction to Business Ethics deals with moral rights and responsibilities of individuals and companies in different cultures

ENGINEERING
Kevin Q. Walsh:
Resiliency of Engineering Systems includes fundamental concepts needed to understand and engineer for mitigation and resilience against multi-hazard vulnerability of critical infrastructure, environment, energy, communities, and other complex and inter-connected networks. Students choose a particular region to investigate for their course project, and many students choose hazardous and populated regions in Asia and the Pacific.
Introduction to Asset Management and Life-Cycle Resiliency is the combination of management, financial, economic, engineering and other practices applied to physical assets with the objective of providing the required level of service in the most cost-effective manner. This course is taught in the South Pacific each summer.
Effective Technical Writing for Global Development Proposals is co-taught between Engineering and the Keough School of Global Affairs. The course prepares students to write effective global development proposals to help solve some of the world’s most complex global development challenges, influencing policy and practice. Past projects have included locations in the Asia-Pacific region.

HISTORY
Julia Adeney Thomas
Modern Japanese History deals with issues of justice in relation to Western and Japanese imperialism and the crises of war and war memory
Our Global Environment: History and the Anthropocene pursues the question of planetary transformation and social justice
Green Japan I: Was Early Modern Japan Ecologically Sustainable? explores the relationship between economic equality, self-determination, and environmental sustainability.

LAW & GLOBAL AFFAIRS
Susan L. Ostermann:
Law & Society in Asia considers the justice systems in China, Japan and India and how each deals with contemporary issues ranging from environmental degradation to identity-based discrimination

To keep up to date with Justice and Asia projects and to learn about further funding opportunities under this theme, please join the Liu Institute's email list.