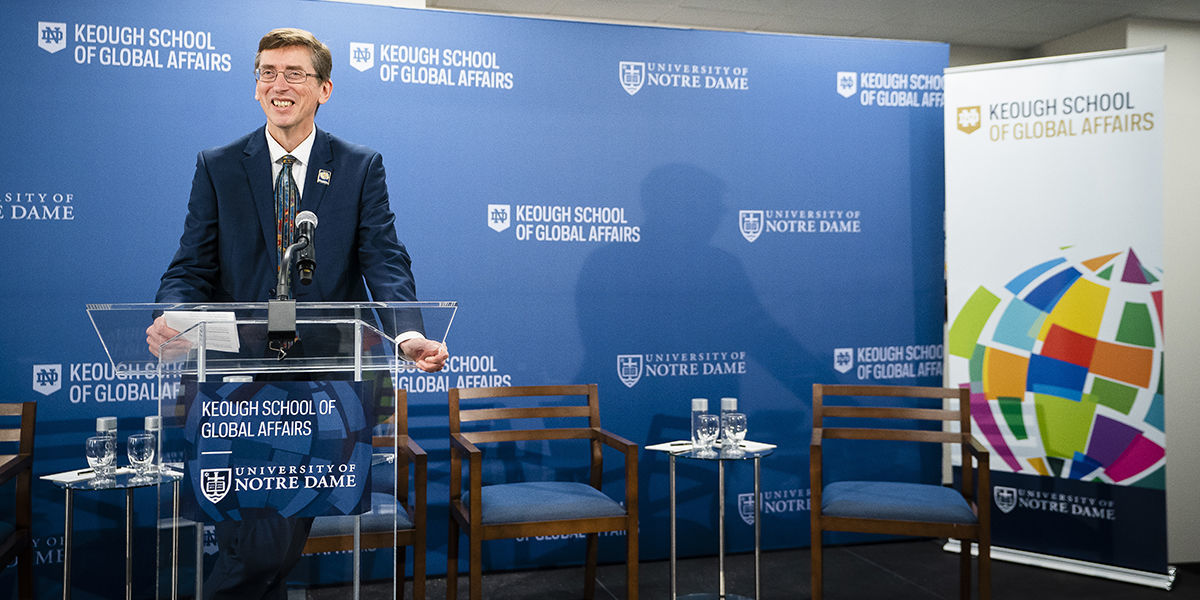 Michel Hockx joined the University of Notre Dame in 2016 as the founding director of the Liu Institute for Asia and Asian Studies, one of nine international institutes at Notre Dame’s Keough School of Global Affairs.

In addition to his appointment at the Keough School, where he serves on the School’s Leadership Council, Hockx is a professor of Chinese literature in the Department of East Asian Languages and Cultures in the College of Arts & Letters.

As director, Hockx leads the Liu Institute in its mission of providing a forum for integrated and multidisciplinary research and teaching about Asia. This includes promoting general awareness, understanding, and knowledge of Asia through events, research by students and 85 faculty fellows, and engagement with partners in Asia.

Hockx’s current research examines the effects of moral censorship on the production and preservation of modern Chinese cultural products. He has published widely, both in English and in Chinese, on topics related to modern Chinese poetry and literary culture, especially early 20th-century Chinese magazine literature and print culture and contemporary internet literature. His latest book, Internet Literature in China, one of Choice magazine’s “Top 25 Outstanding Academic Titles of 2015,” discusses the evolution of the new genre of internet literature and how it challenges both aesthetic norms of writing and political norms of publishing.

Additionally, Hockx specializes in cultural policy of the People’s Republic of China and has been widely quoted in major media on censorship challenges within Xi Jinping’s administration.

At Notre Dame, Hockx teaches Modern Chinese Literature, Media and Culture in Modern China, a University seminar for first-year students on China’s Culture of Censorship, and a directed readings course for Master of Global Affairs students that provides students with Chinese language skills the opportunity to improve their reading and translation skills through materials directly related to global affairs.

Before joining the University of Notre Dame, Hockx served as director of the China Institute at SOAS, University of London, where he oversaw a community of 50 China scholars in a dozen disciplinary departments.

A native of the Netherlands, he studied Chinese language and literature at Leiden University, where he earned his PhD in 1994, and at Liaoning and Peking universities in China.