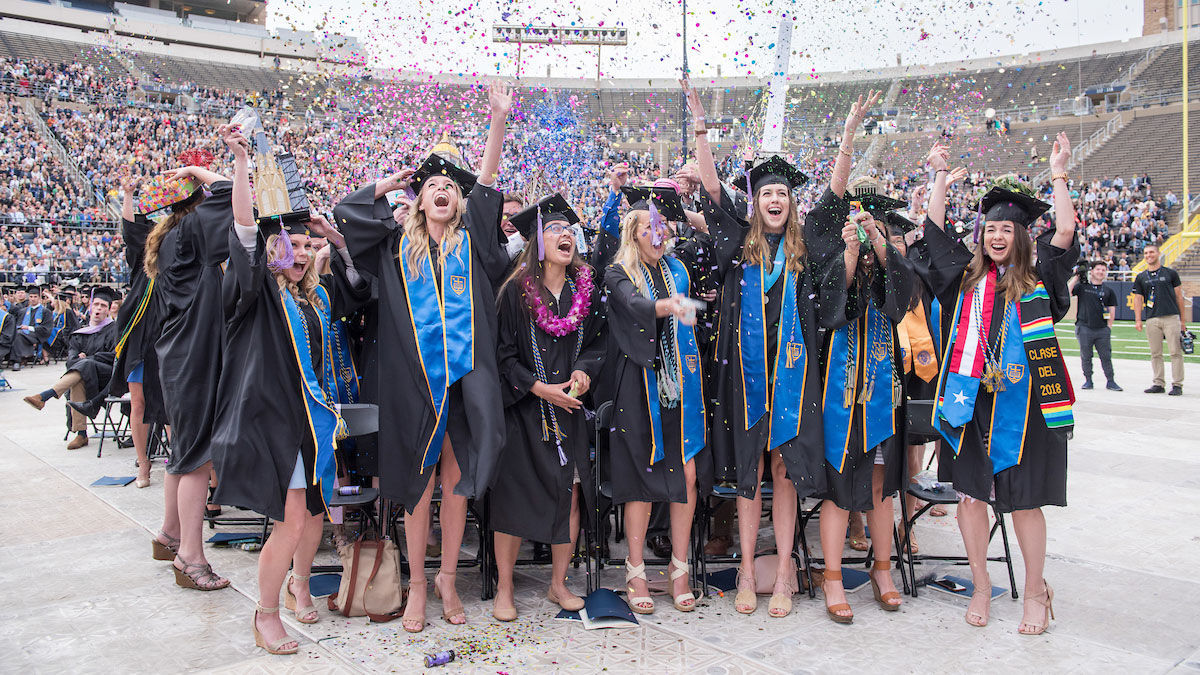 Women who communicate regularly with a female-dominated inner circle are more likely to attain high-ranking leadership positions, according to a new study by the University of Notre Dame and Northwestern University.

Published in the Proceedings of the National Academy of Sciences, the study showed that more than 75 percent of high-ranking women maintained a female-dominated inner circle, or strong ties to two or three women whom they communicated with frequently within their network. For men, the larger their network — regardless of gender makeup — the more likely they are to earn a high-ranking position. Unfortunately, when women have social networks that resemble their male counterparts’, they are more likely to hold low-ranking positions.

“Although both genders benefit from developing large social networks after graduate school, women’s communication patterns, as well as the gender composition of their network, significantly predict their job placement level,” said co-author Nitesh V. Chawla, Frank M. Freimann Professor of Computer Science and Engineering at Notre Dame, director of the Interdisciplinary Center for Network Science and Applications and Liu Institute fellow. “The same factors — communication patterns and gender composition of a social network — have no significant effect for men landing high-ranking positions.”

For the study, researchers reviewed social and communication networks of more than 700 former graduate students from a top-ranked business school in the United States. Each student in the study had accepted leadership-level positions, which were normalized for industry and region-specific salaries. Researchers then compared three variables of each student’s social network: network centrality, or the size of the social network; gender homophily, or the proportion of same-sex contacts; and communication equality, or the amount of strong versus weak network ties.

“We also saw that inner circles benefit from each other, suggesting that women gain gender-specific private information and support from their inner circle, while non-overlapping connections provide other job market details,” said Chawla.

Yang Yang, formerly a doctoral student of Chawla at Notre Dame and a current research assistant professor at the Kellogg School of Management at Northwestern University who is also a member of the Northwestern Institute on Complex Systems (NICO), led the study. Additional co-authors include Brian Uzzi, Richard L. Thomas Professor of Leadership and Organizational Change at Northwestern and co-director of NICO.

Originally published by Brandi Klingerman at news.nd.edu on January 22, 2019.