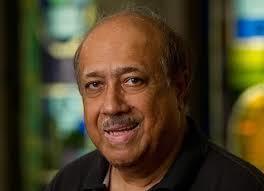 Ahsan Kareem, the Robert Moran Professor of Civil & Environmental Engineering & Earth Sciences, has been elected as a foreign member of the Chinese Academy of Engineering (CAE). The CAE and the Chinese Academy of Sciences are China’s top two think tanks that advise the government and industry on scientific and technological issues. A lifelong honor, election as a foreign member of the CAE is the highest distinction in China in the field of engineering. New members are elected every two years.