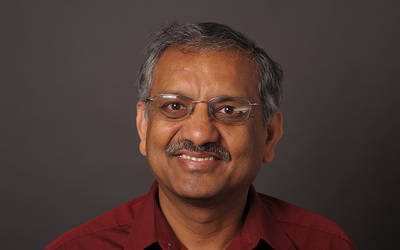 Garg, a professor of experimental nuclear physics, received the University's Faculty Award, which "singles out that faculty member who, in the opinion of his or her colleagues, has contributed outstanding service to the University of Notre Dame, such as through leadership activities, mentoring faculty colleagues, or exemplary dedication to students," according to the Provost's website. In November, Garg received another notable award when he was chosen by his peers as a fellow of the American Association for the Advancement of Science (AAAS).

Garg and his group study a kind of vibration of the nucleus, called the “breathing mode,” in which the nucleus expands and contracts. The energy associated with such vibrations is directly related to nuclear incompressibility—how far a nucleus can be squeezed. This is an important component characterizing the equation of state (EoS) of nuclear matter, and is crucial for the study of diverse phenomena in nuclear physics and astrophysics, including the understanding of the first observation of the merger of two new neutron stars in August 2017. 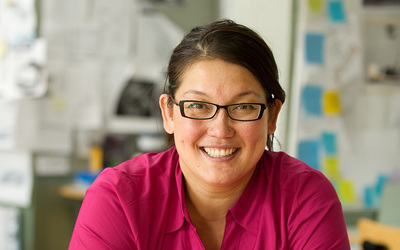 Conrado, an assistant professor of industrial design, is the recipient of the Reinhold Niebuhr Award, which "recognizes a faculty member or administrator whose body of academic work and life promote or exemplify the area of social justice in modern life," according to the Provost's website. All members of the Notre Dame community are eligible to submit recommendations for this award.

Conrado's research focuses on using design to address social and humanitarian concerns. Working primarily in Nepal, she has worked with fair trade artisans to design and develop product lines more in line with contemporary lifestyles.

Both professors will be honored at the annual President's Dinner for faculty on May 22.

The Liu Institute for Asia and Asian Studies congratulates professors Garg and Conrado on these outstanding honors.