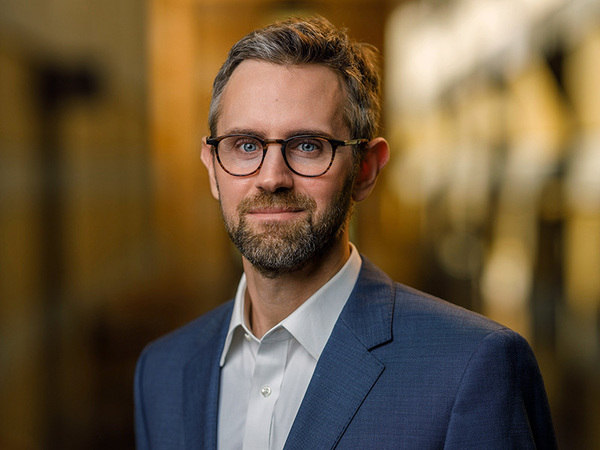 The National Committee on United States-China Relations has selected Kyle Jaros, associate professor of global affairs and a Liu Institute faculty fellow, for its seventh round of fellows in its Public Intellectuals Program (PIP), generously funded by Carnegie Corporation of New York. The new fellows comprise a wide range of research interests, geographic locations, and types of institutions.

Launched in 2005, PIP identifies outstanding members of the next generation of American China specialists – in the academic, professional, or policymaking spheres – who, in the tradition of earlier China hands, have the interest and potential to venture outside of academia or their professions into areas relevant to foreign policy and public education.

The two-year program is designed to enrich the twenty-one new fellows’ understanding of policymaking processes in both the United States and China; help them establish useful relationships both with their academic colleagues and with policy practitioners; encourage them to move beyond the confines of their own disciplines; and nurture their ability to engage with the public at a national, regional, and local level. PIP is implemented through a series of activities. These include workshops in Washington, D.C., and the West Coast; an international study tour; opportunities to participate in National Committee delegations as scholar-escorts; and public education initiatives.

PIP is an enrichment opportunity intended to complement the primary academic or professional positions held by the fellows. The program offers unique opportunities for professional development, mentoring by senior scholars, networking, and exposure. Fellows gain access to senior policymakers and experts in both the United States and China, and to individuals and fields they are not typically be exposed to, such as the business, arts, health, and civil society sectors in China, as well as to the media in both countries. Fellows have access to media coaches to help edit and place op-eds and develop a social media presence.

The seventh cohort joins an accomplished community of PIP fellows from cohorts one through six, who have formed a strong network of mutual support and academic collaboration.