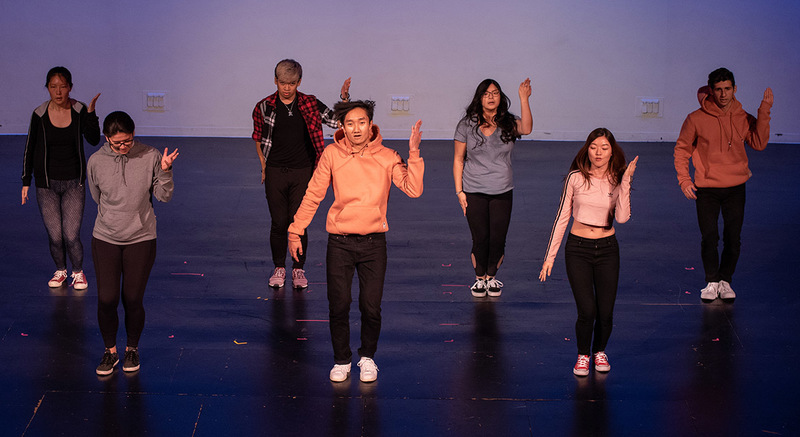 If you want to dance like a K-pop superstar, you have to practice. Hard. 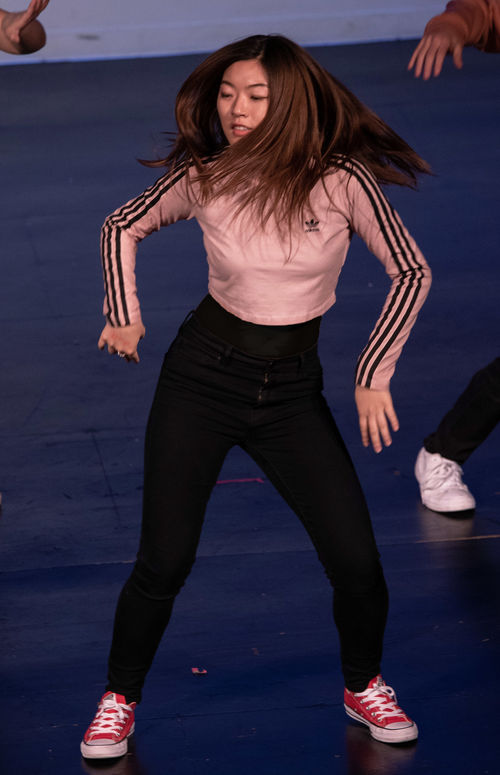 “I always liked dancing and I like K-pop,” she said about Korean popular music, which has become a worldwide craze with its electronic sound and highly choreographed dancing. “The Korean Student Association puts together a K-pop dance group each semester, and I joined my first year. We start practicing for Asian Allure during the second week of school. Rehearsals are on Sundays from 2 to 4. It’s a big commitment.”

The 30 or so students who last through rehearsals perform high-energy, shortened versions of four K-pop songs on stage at Asian Allure. This year’s playlist was Ddu-Du Ddu-Du by Blackpink, Boss by NCTU, Latata by (G)-Idle, and Idol by BTS.

“That week is kind of hectic—everyone has to go through light runs and dress rehearsals,” Cheong said. “But it’s exciting and fun, and backstage you can see people from a lot of different cultures wearing different costumes and outfits. And we’re all watching the TV monitor at the same time to see how is the audience responding.”

And, without fail, that response for the K-pop dancers is screamingly enthusiastic.

“Asian Allure is fun, but it’s also important to a lot of students on campus,” Cheong said. “First semester, it’s at the top of my priority list.”

Read this story in the Liu Institute Year in Review (pdf).