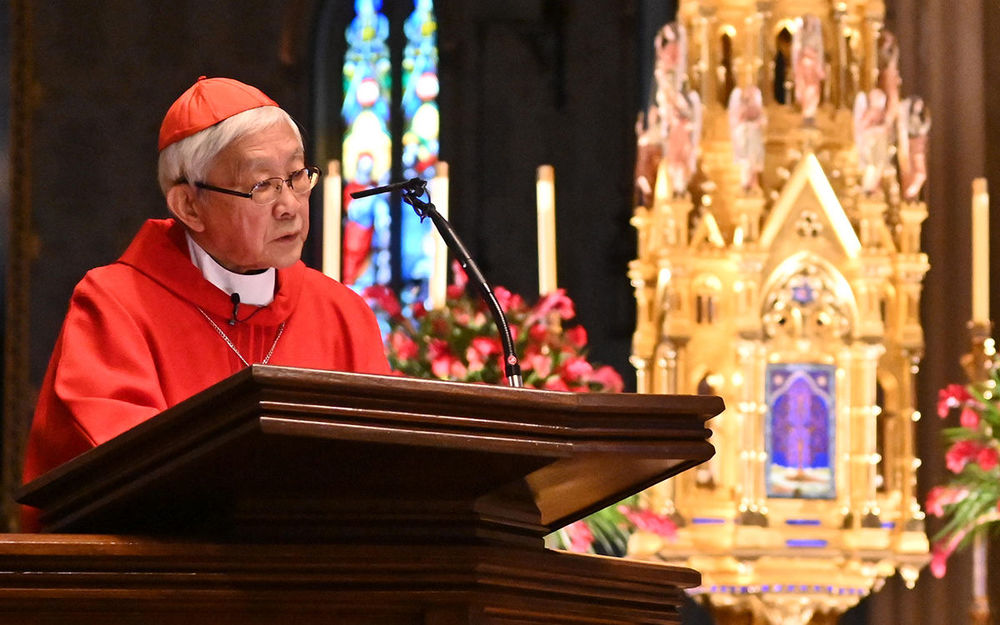 Joseph Cardinal Zen, retired bishop of Hong Kong and prominent critic of rapprochement efforts between the Vatican and the Chinese government, spent a week at the University of Notre Dame in January in advance of the publication of his new book For Love of My People I Will Not Remain Silent.

During his visit, January 21–25, Zen met with students and faculty to discuss at length the state of the Catholic Church in China. He also concelebrated two Mass services, met with Notre Dame President Rev. John I. Jenkins, C.S.C., and spoke with seminarians at the Holy Cross Seminary on campus. 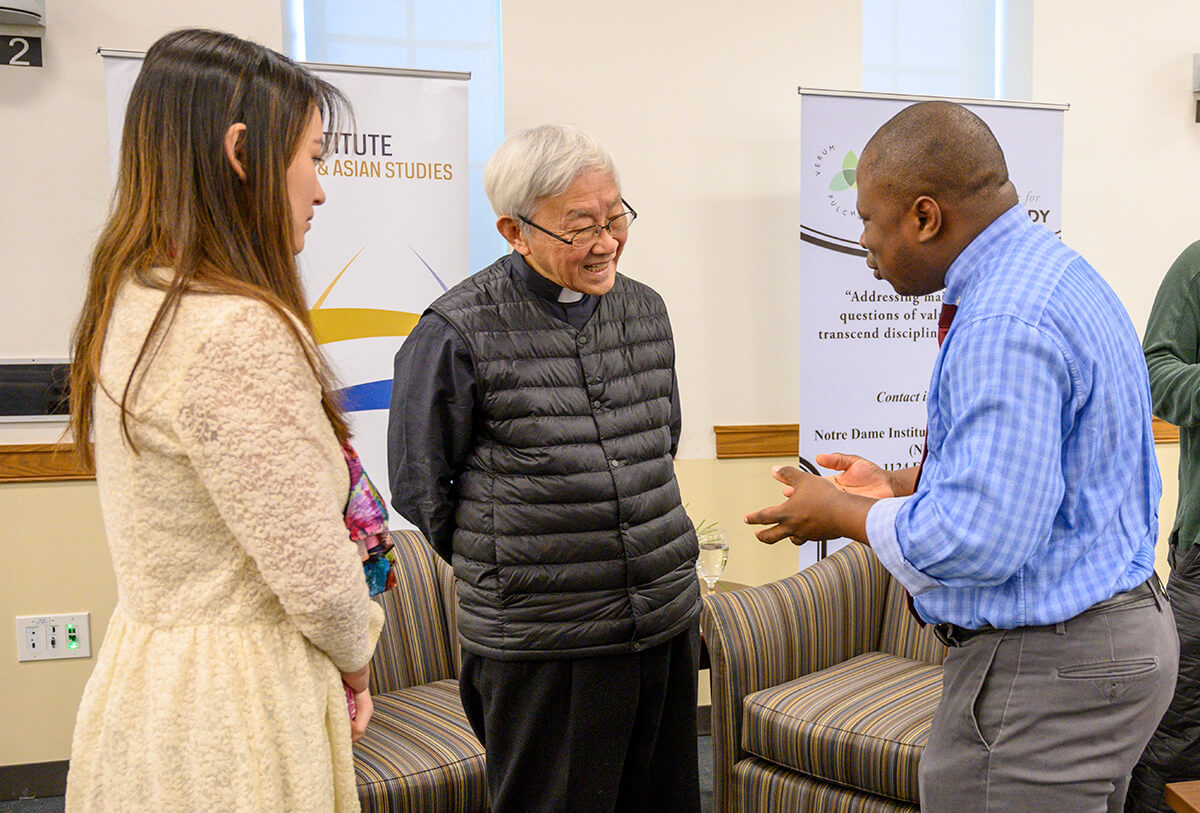 Zen’s Notre Dame visit immediately preceded a trip to Washington, DC, where he received the Truman-Reagan Medal of Freedom on January 28 for his work in opposition to communism. The medal is bestowed by the Victims of Communism Memorial Foundation.

The cardinal’s visit to Notre Dame was sponsored by the Liu Institute for Asia and Asian Studies and the Notre Dame Institute for Advanced Study (NDIAS). Other than a Mass at the Basilica of the Sacred Heart on January 21, none of Zen’s campus events were open to the public.

“It was an honor to welcome His Eminence, Cardinal Zen, to Notre Dame,” said Michel Hockx, director of the Liu Institute. “The cardinal was generous with his time, and it was valuable for our faculty and especially our students to have open discussions with a key figure in the debate about the relationship between the Chinese government and the Vatican.” 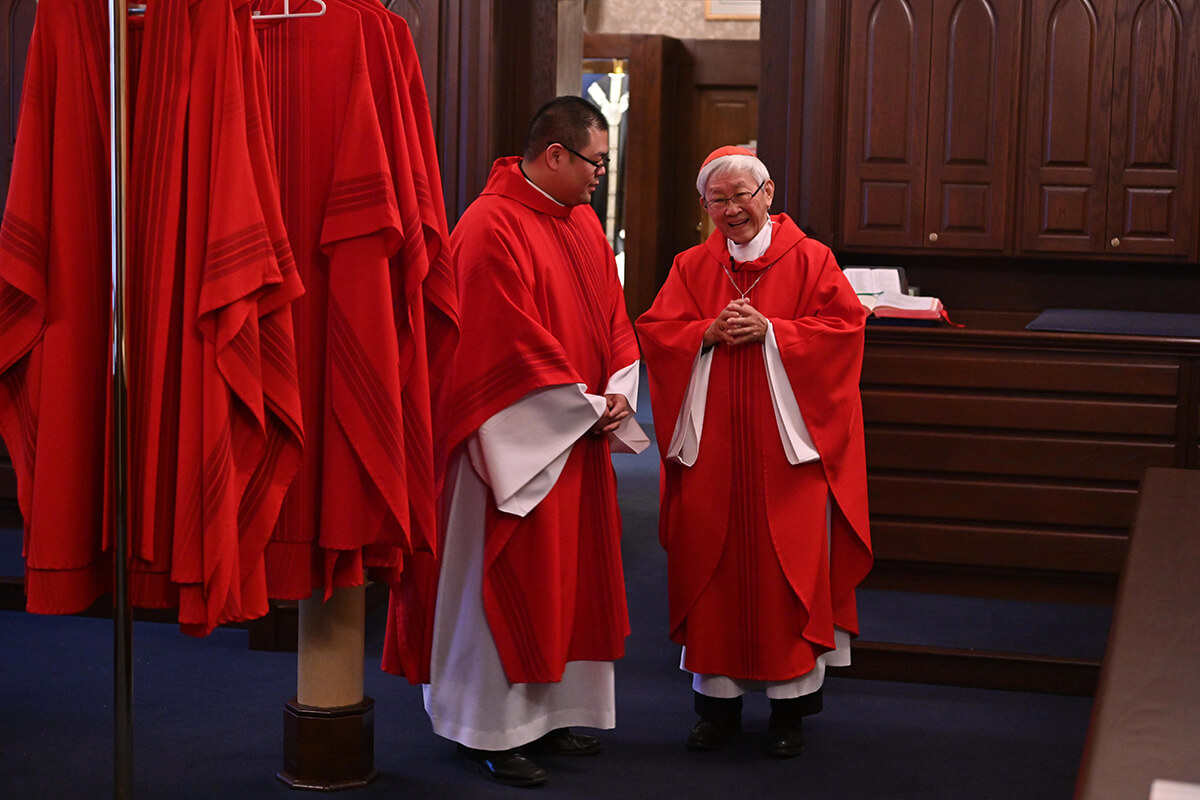 Zen has emerged as a notable voice critical of the Holy See’s efforts to resolve its longstanding dispute with the Chinese government. The most controversial manifestation of reconciliation efforts would reputedly allow the Chinese government-backed Catholic Patriotic Association to play a leading role in selecting bishops in China. His opinions have been covered recently in the New York Times, Wall Street Journal, and Reuters, among other news outlets.

In 1951, the Holy See and China broke off diplomatic relations, leading to deep uncertainty for believers in China who were left to navigate two religious tracks frequently at odds, one “official” and subject to control by the Chinese Patriotic Catholic Association, and the other “unofficial” or commonly referred to as “underground.” Over the years the relationship between these two communities has ranged from openly contentious to increasingly cooperative.

The Vatican's recent strategy for establishing diplomatic relations with Beijing raises important questions about the role of the Catholic Church in China, including the extent of state authority in Church matters, détente, charity, and convergence between the official Chinese government and unofficial churches, and the fate of the millions of Catholics who identify with the unofficial underground Church.

The Liu Institute actively supports an ongoing dialogue about the subject. A panel discussion in April 2018 focused largely on the history of Catholics in China and important nuances of the issue that aren’t largely covered in media reports. Future events and discussions on the topic are expected to highlight a range of viewpoints on the subject. 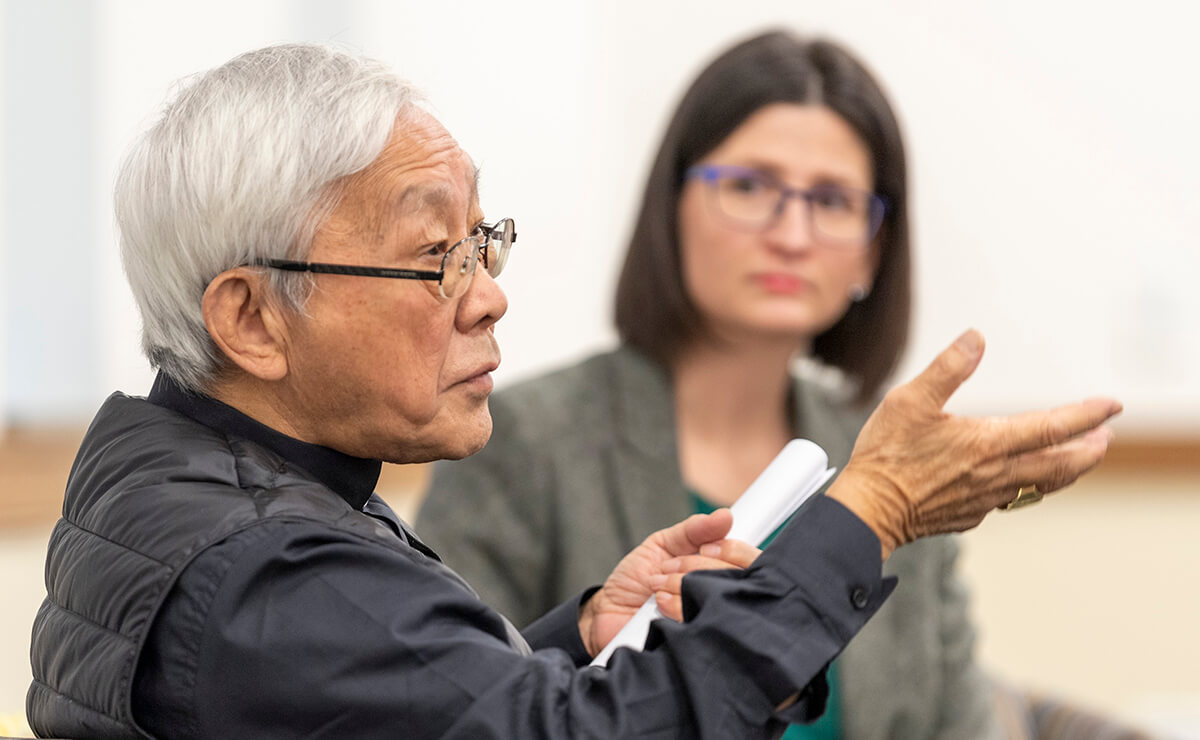 The highlight of Zen’s visit was a discussion moderated by political science professor Karrie Koesel, a Liu Institute fellow who specializes in China. The discussion drew an overflow crowd of students, faculty, and staff at Jenkins and Nanovic Halls at the Keough School of Global Affairs.

When Koesel asked about the state of religious freedom in China, Zen explained the Chinese Communist Party’s response to religion: “They realize they cannot destroy religions, so they say they respect all religions,” he said. “But they want to control religion.” The CCP approval of bishops is one form of control, he explained.

Theresa Puhr, a master of global affairs student focused on Chinese studies, met Zen at a seminar to discuss his book and for a lunch conversation with other students. Puhr formerly worked in China for the Maryknoll China Teachers Program, which heightened her interest in the issues between the Vatican and Chinese government. To meet Zen was meaningful, she said.

“I never thought a cardinal would be such an open critic of the Vatican, which I think is warranted,” she said. “The Vatican is giving its tacit approval to the Chinese government, what it stands for, and its actions.” 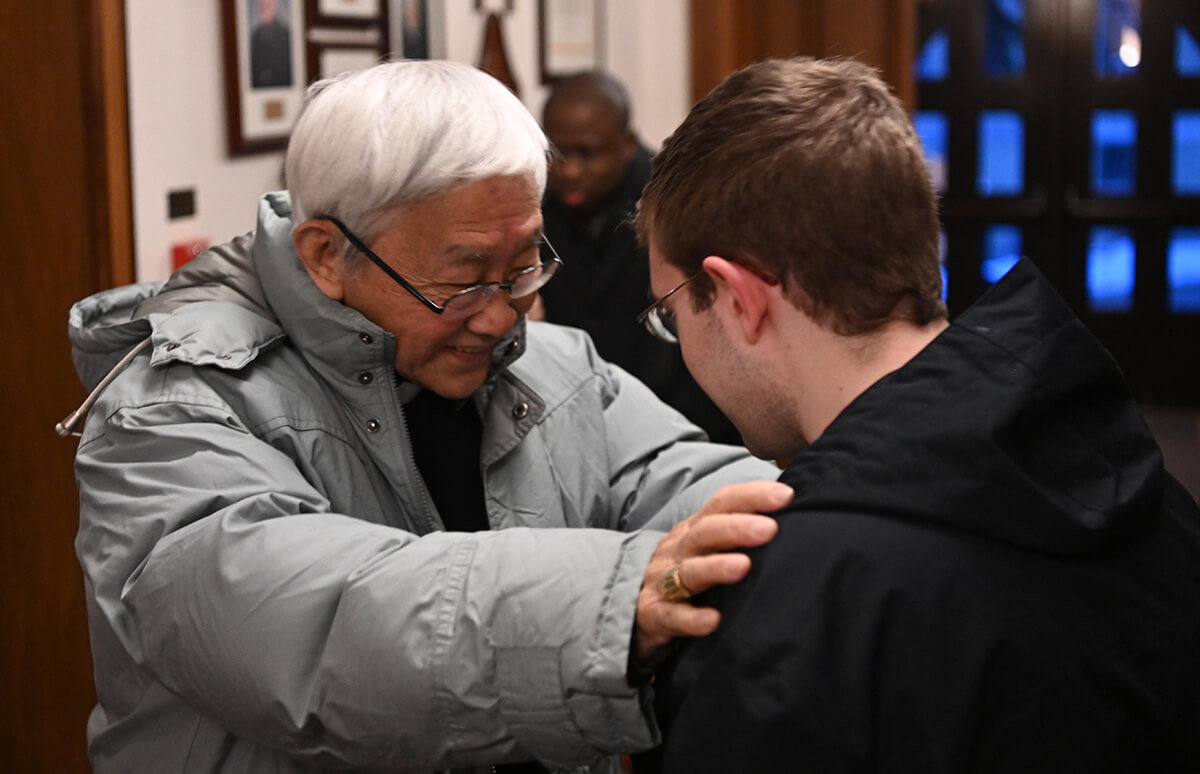 Puhr believes the Vatican should consider Zen and his experience. “He is a Chinese citizen and a cardinal in Hong Kong. He should have a say in these matters because he’s the local expert,” she said. “He has a better sense of the issues because he has access not only to officials in the churches in China, but to the parishioners, everyday Catholics.”

It was in the spirit of open and inclusive discussion that Zen was invited to Notre Dame, said Don Stelluto, Associate Director of the NDIAS.

“Discussions about the Vatican and the Church in China are not easy or one-dimensional,” he said. “At a time when China–US relations seem troubled at many levels from central policy to academic freedom, our University willingly explores this subject with key experts of practice and research.

“This conversation highlights the Institute for Advanced Studies’ and the Liu Institute’s shared role in our University’s dedication to the pursuit and sharing of truth for its own sake—through free inquiry and open discussion, and for the common good as we seek to work for justice and human dignity.”