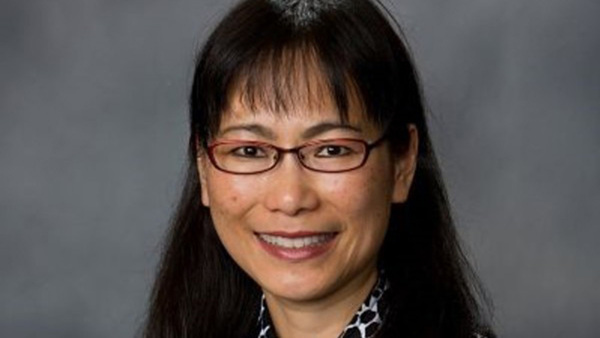 On June 29, the first anniversary of the passage of the National Security Law (NSL) in Hong Kong, Victoria Tin-bor Hui, associate professor of political science at the University of Notre Dame, participated in the Congressional-Executive Commission on China’s discussion that assessed the first year of the law in practice. Participants focused on how the law has changed life in the city and affected the longstanding one country, two systems constitutional principle that allowed Hong Kong significant autonomy until recently.

Keynote speaker Jerome A. Cohen, a retired professor at New York University School of Law and adjunct senior fellow for Asia at the Council on Foreign Relations, opened the discussion underscoring the danger of the broadly interpreted NSL. He noted that, in the first NSL-related case, the accused was denied a jury trial, which was normal practice before the law was put in place.

“Even more important to me is the change in bail procedures. Normally there is a presumption of bail being granted in cases where at least the accused is not accused of violence,” Cohen said. “What we’ve seen under the NSL is a reversal of that presumption, and that means that the government can simply bring a charge against anybody given the vagueness and ambiguity of the prescriptions in the law. They can charge almost anybody for anything.”

The reversal of the presumption of bail also means that suspects could potentially be held in jail for years, until the proceedings related to their cases are completed.

Hui, also a faculty fellow at the Kellogg Institute for International Studies, underscored the recent closure of the popular newspaper the Apple Daily after the government froze its assets and subsequently arrested its founder and chairman, Jimmy Lai, who is now in jail on national security charges.

“My worst fear is that it might not matter anymore if some of these people are going to be taken across the border,” Hui said, lamenting that there is very little recourse for the accused now.

The National Security Office is massive, now occupying two hotels. It is bolstered by American money, with the U.S. contributing HK$8 billion (roughly US$1 billion) to the agency just this year, said Hui, also a fellow at the Liu Institute for Asia and Asian Studies and the Kroc Institute for International Peace Studies. She noted there have been more than 10,000 arrests since June 2019 and 100 arrests under the NSL since July 2020, which is essentially the entire opposition.

“Now, in Hong Kong, we formally have a police state in command,” she said. “There are no more pro-democracy legislators in the legislature. There will be no more meaningful elections, no more street protests, no more candlelight vigils on June 4, no more commemorations and mass protests on June 4, June 9, June 12, June 16 or July 1.”

Hui said it’s hardly necessary to roll tanks into the streets when other tactics like mass arrests and torture are effective. The security forces are also using “soft repression” tactics, she said. These include freezing assets and firing people who are not loyal, censorship and implementing patriotic education “to impose amnesia.”

In 2019, Hong Kong police committed violent acts against protestors with impunity, and many of these attacks were caught on film. Rather than be held accountable for the abuse, Hui said, many officers have received promotions. To demonstrate how extreme the situation has become, Hui cited a 2019 incident in which Matthew Cheung, then the city’s chief secretary, apologized to the citizens of Hong Kong for the way the government handled the Yuen Long attacks of 2019. He was immediately publicly rebuked by the police inspectors’ association and has now been forced to resign.

“The fact that subordinates could openly challenge the number two in the government suggested that the police had backers more powerful than the Carrie Lam administration,” Hui said. The backers, she said, are clearly the Beijing security apparatus.

Hui believes a one country, two systems model could work but, in reality, it is a one party, two systems model that cannot work. Beijing, Hui said, has turned Hong Kong into “capitalism without freedom.” She fears the onset of a new cold war and wonders if China’s one-party system will be able to overtake the liberal world order. What Beijing is relying on, she said, is the world’s dependence on China’s economy, rendering all Western support for Hong Kong’s autonomy moot.

To gauge how bad it will get in Hong Kong, Hui recommended monitoring what is happening to political prisoners in mainland China, as the same treatment is likely to be exported to Hong Kong. And, although there are 200 defense lawyers assisting political prisoners pro bono, Hui notes that they too could be subject to persecution.

Hui gave the same testimony to the U.N. Human Rights Office on July 1, along with several of her fellow members of the Hong Kong Democracy Council including Nathan Law, a Hong Kong activist who is now living in exile in London, and Glacier Kwong, a HKDC research assistant, Hong Kong activist and doctoral candidate at the University of Hamburg.

Originally published by Colleen Sharkey at news.nd.edu on July 07, 2021.