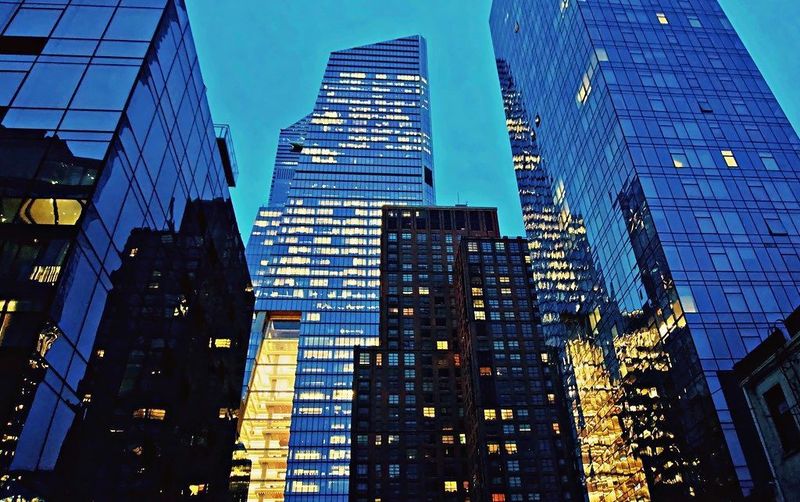 The year 2020 has brought unrelenting crises: a raging COVID-19 pandemic, a worsening climate emergency, and a media environment that dangerously amplifies our differences. In this atmosphere, it is easy to lose sight of how changes on the ground—structural shifts in the social and economic landscapes we inhabit—have contributed to the current politics of fragility in the United States and around the world.

One such trend is the spatial polarization of economic development: the widening rift between prosperous and struggling places. Across many national settings the increasing dominance in recent decades of a small number of “superstar cities” at the expense of secondary cities and smaller towns has sharpened economic, social, and political divides, and has also left our societies more vulnerable to exogenous shocks.

The rise of elite metropolitan areas and relative decline of secondary cities is not irreversible, however. Indeed, the current moment of global crisis may mark an inflection point for urban and regional development, offering policymakers a chance to rethink their priorities and embrace a more balanced urban development paradigm.

Superstar cities and the global malaise
In many countries, the past four decades have been characterized by spatially uneven development and rising concentrations of wealth and social opportunity in top metropolitan areas—the New Yorks, Londons, and Shanghais of the world. As noted by scholars Saskia Sassen and Edward Glaeser, major urban centers that serve as hubs for finance, business services, and technological innovation have reaped huge benefits from liberalizing reforms and global economic integration. Big cities enjoy powerful economies of scale and agglomeration: with dense concentrations of firms and talent, variegated supplier and labor markets, and infrastructures of global connectivity, elite metros offer high productivity and diverse possibilities for their inhabitants.

Many scholars and policy elites have celebrated these big-city boom times and called for doubling-down on this urban paradigm. By encouraging the further growth of cities like New York and San Francisco, Glaeser argues, we can build a global economy that is more productive, innovative, and environmentally friendly. Lu Ming advances similar arguments in the Chinese context, contending that coastal mega-cities like Shanghai are more productive than secondary centers and appealing for policymakers to assist their continued growth. Meanwhile, urban development studies from the World Bank and McKinsey Global Institute have endorsed strategies based on the further building up of elite metros and the prospect of more in-migration.

But the rise of “superstar cities” also has insidious effects. Polarized development has exacerbated socioeconomic inequality, deepened political resentments, and made the global economy increasingly fragile.

Economic research in the United States, for example, finds that wage inequality within big cities is greater than within smaller cities. Of even greater concern, though, are growing disparities across urban regions. Although in theory individuals in poorer regions can relocate to pursue opportunities in wealthier places, in practice higher living costs and a lack of social connections often deter mobility. In the United States, for example, college-educated individuals are more likely to seek opportunities far from home than those with lower education levels. Economic disparities across urban regions are also associated with diverging social and health outcomes: poorer regions are also experiencing higher rates of divorce and lower life expectancies.

Today, more migrants are excluded from the largest cities due to tightening residency rules and exorbitant costs of living.

Spatial and socioeconomic inequality also run together in many developing economies. In China, tens of millions of rural migrants seeking employment have flocked to leading cities like Shanghai and Shenzhen, but many have found themselves relegated to second-class socioeconomic status due to a lack of legal and social protections. Today, more and more migrants are excluded from the largest cities entirely, due to tightening residency rules or exorbitant costs of living. Across the developing world more broadly, secondary cities, where many rural-to-urban migrants end up, grapple with concentrated poverty; this phenomenon reflects a “metropolitan bias” in the distribution of public goods, economic opportunities, and political attention.

Beyond contributing to inequality, spatially uneven development creates an institution-corroding “politics of resentment.” As Katherine J. Cramer notes, the contemporary populist turn in US politics is rooted in perceptions by rural, small-town, and exurban Americans that they have been over-taxed and culturally marginalized by a self-serving metropolitan elite. In the United Kingdom, support for the explosive 2016 Brexit Referendum drew on the economic insecurity of small towns and cities and outrage at a London-centered cultural order. In other historical periods and geographic settings, too, conflicts between privileged metropolises and frustrated hinterlands have destabilized national political systems. Long-standing grievances between Buenos Aires and Argentina’s provinces provide one example; Thailand’s political volatility since the September 2006 military coup offers another. Indeed, research by Jeremy Wallace shows that countries with high “urban concentration,” where top cities are dominant in population terms, are more prone to regime collapse.

The dominance of ‘superstar cities,’ and the set of risks it creates, is a product of domestic and international policy choices—not of market forces alone.

Because spatially polarized development places so many eggs in a few baskets, it also makes entire national economies susceptible to localized threats. Major cities’ ability to function as financial, commercial, and innovation hubs depends on delicate urban infrastructures. Disruption to such systems due to natural disasters, industrial accidents, terrorist events, or military conflicts can paralyze major cities and hamper the national economies which rely so heavily on them. The September 11, 2001 attacks were shocking not simply because they inflicted terrible loss of life but also because they exposed the vulnerability of key cities and the national economies they anchor. New York’s susceptibility to natural threats, as well as artificial ones, was further underscored by the human and economic costs of 2012’s Superstorm Sandy, which left large swaths of the city in darkness and cost the city roughly $20 billion in damage. There are also geo-strategic costs to having people, economic activity, and critical infrastructure concentrated in key cities. For example, the vulnerability of Seoul to artillery barrages from North Korean forces severely constrains the security policy options of South Korea and its allies.

A product of policy choices
What often goes unrecognized is that the outsized dominance of “superstar cities,” and the set of risks it creates, is a product of domestic and international policy choices—not of market forces alone.

In the world’s largest developing economies, such as China and India, government policies often overtly favor big cities, privileging them with extra resources and special policy perks. As I discuss in my book, China’s Urban Champions, policymakers in China seeking to groom globally competitive big cities have given provincial capitals and other key urban centers a leg up in terms of political arrangements and resource allocation. As Annapurna Shaw notes, policymakers in contemporary India, too, have given explicit developmental priority to large urban hubs, not least through sweeping government initiatives like the 2005 Jawaharlal Nehru National Urban Renewal Mission.

Even in more liberal market economies such as the United States, policy factors reinforce the success of top cities. Changes to how the US government regulates financial services, industrial competition, inter-regional transportation, and intellectual property rights (IPR) have tilted the playing field of economic competition in favor of the largest financial, commercial, and innovation centers. This is not just a story of old industrial centers—think Toledo or Youngstown—losing out to sunbelt cities and foreign markets with lower labor costs. Once-dynamic regional hubs such as St. Louis found their competitive positions eroded in the 1980s and 1990s as the US government allowed increasing financial sector consolidation and ceased enforcing antitrust legislation such as the Robinson-Patman Act. Such legislation had sought, in the words of journalist Phillip Longman, “to preserve local control of businesses and to check the tendency of a few dominant cities to monopolize power.” Meanwhile, as Longman notes, core tech hubs such as the San Francisco Bay Area, Seattle, and Boston benefited after the 1980s from court decisions and legislation that empowered patent holders, trends which buoyed incumbent industry leaders and made proximity to big-city legal and financial expertise crucial for start-ups.

Of course, the success of “superstar cities” in the US and many other settings has also been closely intertwined with economic globalization. Globalization, too, ultimately depends on policy choices—liberalization of international trade, finance, and migration rules—and on the workings of international regimes such as the World Trade Organization. However, the continuation of such policy commitments can no longer be taken for granted in an era of rising populist nationalism and increasing trade frictions, particularly at a moment when economic fallout from the COVID-19 pandemic may lead more countries to prioritize domestic stability over international linkages. Globally oriented cities, including New York, London, and Shanghai, have already been buffeted by COVID-19, and they could find their economic prospects dimmed in a more lasting way should a worldwide economic downturn persist.

Toward more balanced urban development
Insofar as the current power of superstar cities is based on a historically specific set of domestic policies and global arrangements, it may be shakier than it seems. As countries around the world endure economic dislocation and more governments retreat from full-fledged economic liberalization, there is both an opportunity and a necessity for policymakers to rethink the prevailing urban paradigm in the spirit of a more integral approach to human development. While there will be many facets to a new urban paradigm, one imperative is to ensure that more urban areas—both large and small—can secure the economic opportunities and social prestige currently hoarded by superstar cities.

In envisioning a more inclusive and sustainable urbanism for the 21st century, several thinkers—including, in their different ways, Richard Schragger, Margaret Kohn, and Charles Marohn—have sought to revive a localistic conception of urban development that stresses the critical importance of thriving secondary cities and small towns as well as booming metros. Departing from a narrow emphasis on economic growth, such thinkers also return to a richer conception of cities as communities which integrate political, economic, social, and cultural dimensions of human life, preserve continuity between the past and future, and articulate tightly with their surrounding regions, not only with far-flung markets. These neo-localists take seriously the rootedness of people in particular places and consider access to vibrant cities and towns not just an economic privilege but, more importantly, a condition for human flourishing.

Kyle Jaros is associate professor of global affairs in the Keough School of Global Affairs at the University of Notre Dame. His research explores the politics of regional development, central-local relations, and metropolitan governance with a focus on China.

This article is part of a series of blog posts published by the Keough School of Global Affairs. Dignity and Development provides in-depth analysis of global challenges through the lens of integral human development.