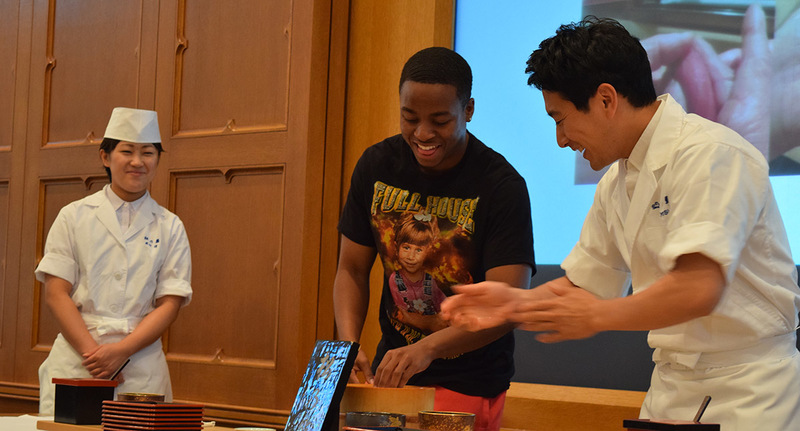 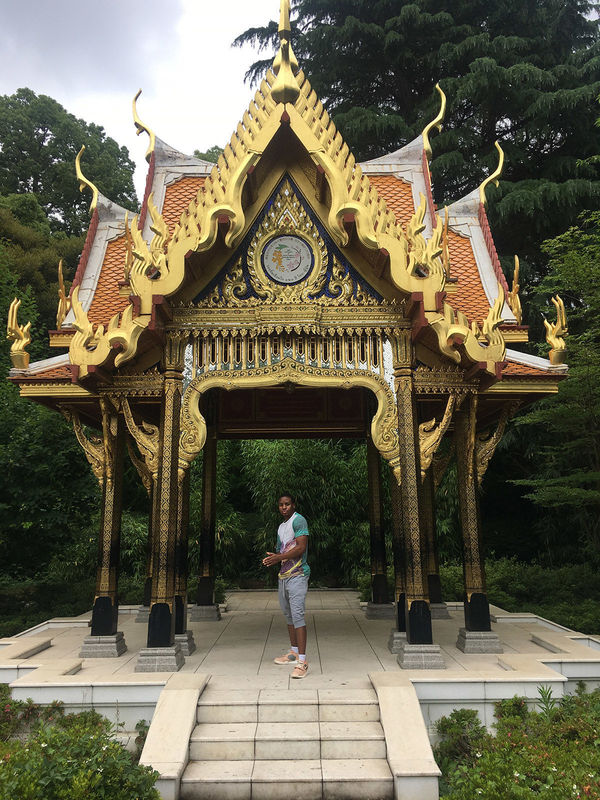 In addition to these personal interests, Goodall excelled academically: He graduated as salutatorian of his Indianapolis high school and received a Gates Millennium Scholar award, established by Bill and Melinda Gates to support college students who display academic excellence and outstanding community service in addition to financial need.

At Notre Dame, Goodall, a marketing major, made a point to find opportunities that connected him to Asia. He ended up customizing a unique combination of courses, travel, and research that ultimately led him to earn a minor in Asian studies.

In the summer of his freshman year, Goodall joined the China Summer Business and Culture Program, a six-week business management course that led students to Shanghai, Beijing, Hong Kong, and Taipei. Junior year, he joined the Japan Summer Business and Culture Program that allowed students to explore Japan’s cultural and business traditions within economic, social, and political contexts.

He was thrilled with both experiences.

“Visiting China led me to think about, for the first time, the connections between East and West, business and family dynamics, and the different ways business is conducted, whether it’s through a contract in the West or a hand-shake in the East,” he said.

Visiting Japan was a life’s dream come true, he said, listing highlights of baseball, fashion, and food—including an opportunity to learn about sushi-making from a world-renowned master.

Goodall’s Asian studies capstone examined how to expand celebrity branding in sports merchandising in Asia. His interactive presentation not only explains the promise for business opportunities in Japan and China, but also addresses how sports can serve as a diplomatic tool, a form of soft power, and a promoter of global culture.

He fully expects Asia to be a part of his career ambitions of working in sports and entertainment marketing.

“The Asian studies minor allowed a young boy who was fascinated with Asian culture to become truly educated and immersed in Asian culture,” he said. “The Liu Institute has supported my interests, regardless of how untraditional they might be. I’m certain that I have a great foundation moving forward in my career.”

Read Trebor’s story in the Liu Institute Year in Review.