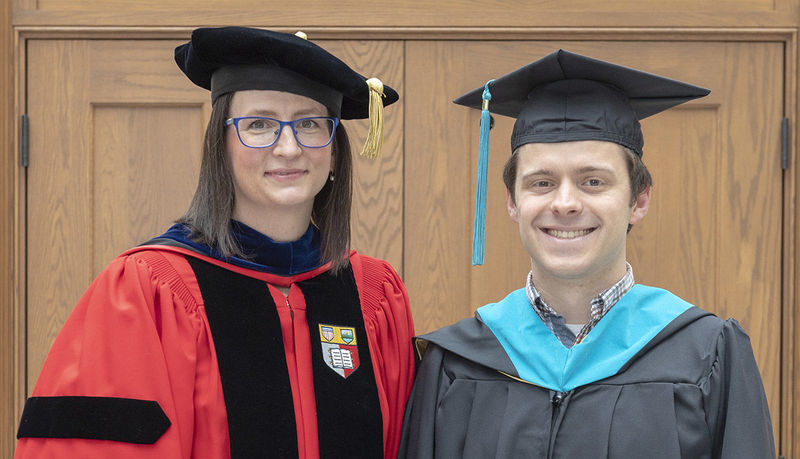 Steven Wagner, who earned a bachelor’s degree in political science and Chinese from Notre Dame in 2016, joined the inaugural MGA class at the Keough School in 2017. During his second year of the program, he worked with Liu Institute Director Michel Hockx on directed readings. “It provided a vehicle not only for Chinese language practice and acquisition, but also the chance to read primary sources on the same critical topics I focused on in my other global affairs classes,” Wagner said.

The expertise and connections Wagner developed in working with Hockx helped him get a job with the National Committee on U.S.-China Relations (NCUSCR). Karrie Koesel, a political science professor and Liu Institute fellow, was pivotal in making the connection between Wagner and Jan Berris, vice president of the NCUSCR. In fact, Wagner interviewed for the job with Berris during her campus visit for the Liu Institute’s strategic plan launch, where Berris was a panelist.

“We are proud that the Liu Institute, its fellows, and its friends played an instrumental role in helping one of our first MGA students find a policy job,” Hockx said. “Steven will be a great asset to the National Committee on U.S.-China Relations. We’re ecstatic for the opportunity ahead of him and for future opportunities to support the MGA program and its students.”

Read this story in the Liu Institute Year in Review.