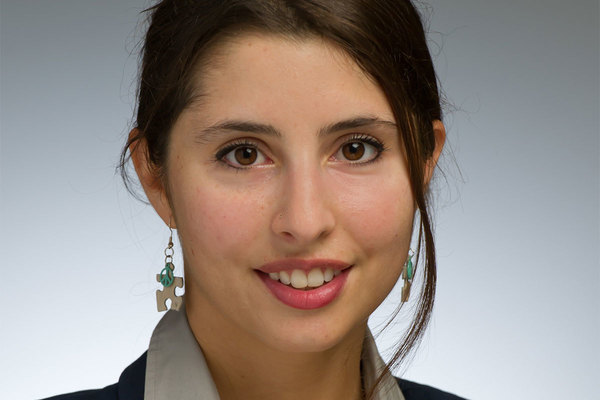 Perin Gürel, an associate professor of American studies, concurrent associate professor in gender studies, and Liu Institute faculty fellow, has won the Jack Rosenbalm Prize for American Humor for her essay “Amerikan Jokes: The Transnational Politics of Unlaughter in Turkey,” which appeared in American Quarterly in March 2019.

Awarded by the American Humor Studies Association, the prize is given for the best article on American humor by a pre-tenure scholar, graduate student, adjunct professor or independent scholar published in a peer-reviewed academic journal or book in 2018 or 2019.

Gürel said she is thrilled to win the award — considered the top prize in the field of American humor studies.

“It confirmed to me the importance of interdisciplinary, transnational research investigating the intersections of culture and politics,” she said. “I was also excited to have the official recognition because I felt it gave my personal interest in jokes — especially bilingual jokes and anti-jokes or ‘dad jokes’ — a scholarly veneer.”

Her essay examines how ideas about humor shaped U.S. allies’ perceptions of America during the Cold War, by exploring a category of unfunny jokes that mid-century Turks came to call “Amerikan.” The label and its connection to “unlaughter” operated as a political index as Turkish journalists and opinion leaders used Amerikan jokes to comment on U.S. actions, including Cold War aid policy and the Vietnam War, and to code local perceptions of American political leaders.

In announcing the prize, the judges wrote that the article was “beautifully written, demonstrated keen research skills, and introduced original arguments as it made insightful connections between humor and international diplomacy through its transnational approach to American studies.”

Gürel, who was born and raised in Turkey, came to the United States to complete a bachelor’s degree at the University of California, Berkeley, and a doctorate in American studies at Yale University. In the course of her academic work, she realized that the category of the “Amerikan joke” did not exist in the United States.

“A lot of my research investigates transnational connections, frictions and differences between the United States and the Middle East,” she said. “I was, therefore, compelled to trace the transnational history of this category and investigate how it changed over time, in line with the changing tides of politics.”

Currently, Gürel is working on her second book project, tentatively titled “America’s Wife, America’s Concubine: Turkey, Iran, and the Bounds of Middle Eastern Solidarity.” In it, she investigates the political and cultural triangulation that formed between the United States and these two Muslim-majority Middle Eastern allies in the Cold War. It also examines the ways in which Turkey and Iran have been compared to each other since the early Cold War era.

“Ultimately, in addition to presenting a history of how a world power can influence bilateral relations between two neighboring states, it will be a critique of comparativism as a mode of knowledge formation about ‘the Other,’” Gürel said.

Gürel said she has found tremendous support for her transnational research — including funding from the Institute for Scholarship in the Liberal Arts and the Kroc Institute for Peace Studies to travel to Turkey and Iran several times for archival research and interviews — since joining the faculty of Notre Dame’s College of Arts and Letters in 2013.

“My colleagues from across the departments have been willing to read and give feedback on my work,” she said. “And I believe the field of Middle East and North African studies is entering a moment of growth on campus, with new initiatives like the Literatures of Annihilation, Exile and Resistance and the Southwest Asia and North Africa Working Group at the Liu Institute for Asia and Asian Studies.”

Originally published by Carrie Gates at al.nd.edu on March 23.