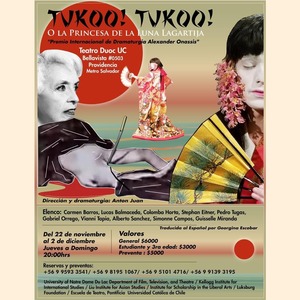 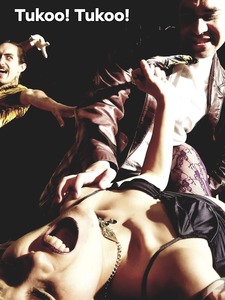 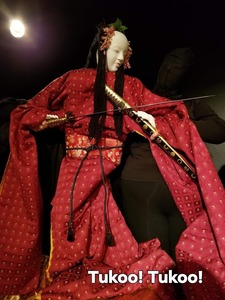 In Asian performance traditions, the theatre has long been conceived of as a courtroom for the arbitration of unjust acts. Modern times have brought artist-activists to new spaces, with street theatre playing a central role in communist revolutions of the 20th century and avant-garde groups like Japan’s dumb type addressing the AIDS crisis through mixed-media performance in the 1990s. More recently, theatre artists have taken on topics such as environmental activism, the political criticism of despotic leaders, and the global pandemic. Asian theatre thus has a history of critiquing and subverting unjust systems, while also having been mobilized by political regimes to spread propaganda and state-sponsored narratives.

This evening of Zoom theatre will present a selection of scenes from contemporary playwrights that address issues of justice and injustice in East and Southeast Asian societies. The plays and playwrights will include:

“The Wind”
By Nana Ichikawa (Japan)

A poetic fantasy play that  directly questions whom the female body belongs to, and who decides their value in our society and world, addressing both prostitution in Tokyo and FGM in Southern Africa through a transnational encounter between two women.

The ghosts of  a WWII comfort woman and murdered sex slave in Kyoto in the 90’s meet in a Butoh actor’s being who claims justice for them.

“Who Killed the Elephant”
By Vee Leong (Hong Kong)

An absurdist play inspired by the essay “Shooting an Elephant” by George Orwell (1936), about a British colonial policeman in Burma caught between a run-away elephant and his colonized subjects.

“Silent Song of the Genjer Flowers”
By Faiza Mardzoeki (Indonesia)

An interview-based memory play that highlights the perspectives of women activists of Gerwani (Indonesian Women’s Movement) who were political prisoners, suffered sexual violence, and were stigmatized from 1965-68 onwards.

This event is part of the ongoing “Theatre for Justice in Asia: Past, Present, and Future” project led by Professors Anton Juan and Tarryn Chun. The project is supported by funding from the Liu Institute for Asia and Asian Studies “Justice and Asia” Initiative.