Hiroshima Castle and the Long Shadow of Militarism in Postwar Japan 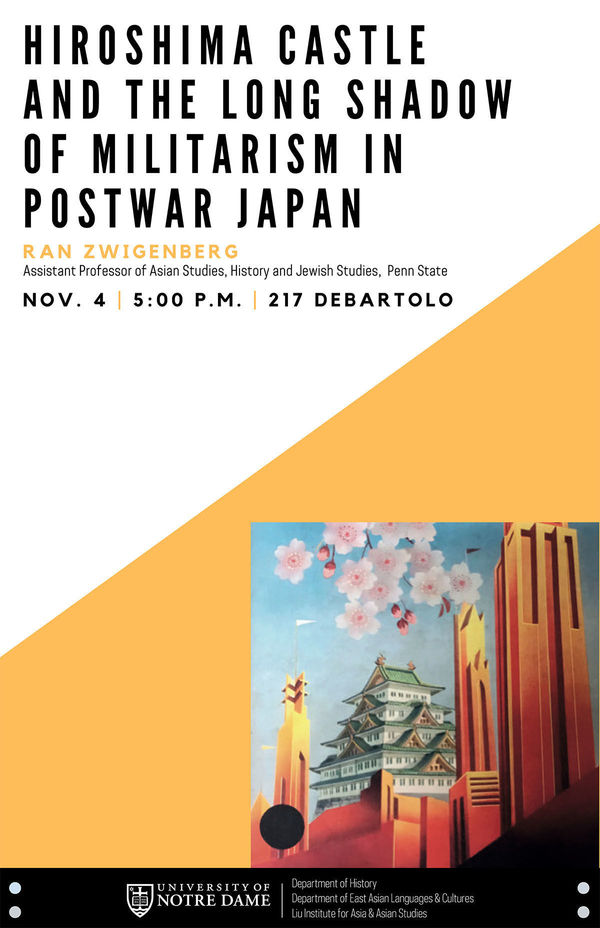 Hiroshima Castle and the Long Shadow of Militarism in Postwar Japan

On August 6, 1945 Hiroshima castle, an important military base and the HQ for Japan’s Western Army, was destroyed by the A-bomb. After the war, Hiroshima’s military past was forgotten as Hiroshima rebuilt itself as a “city of peace,” and the castle was reconstructed as a “symbol of culture,” shorn of martial symbolism. Yet, the castle and the various important memorials and shrines for the war dead on its grounds, continued to serve as an unwelcome reminder of Hiroshima’s wartime past.

Using the castle as a lens, this talk will examine the various trials in exorcising the ghosts of Hiroshima’s engagement with the Japanese military and empire from the 1950s to the present.