Lecture: Ezra Vogel, "The History of Sino-Japanese Relations and Implications for US-China Relations" 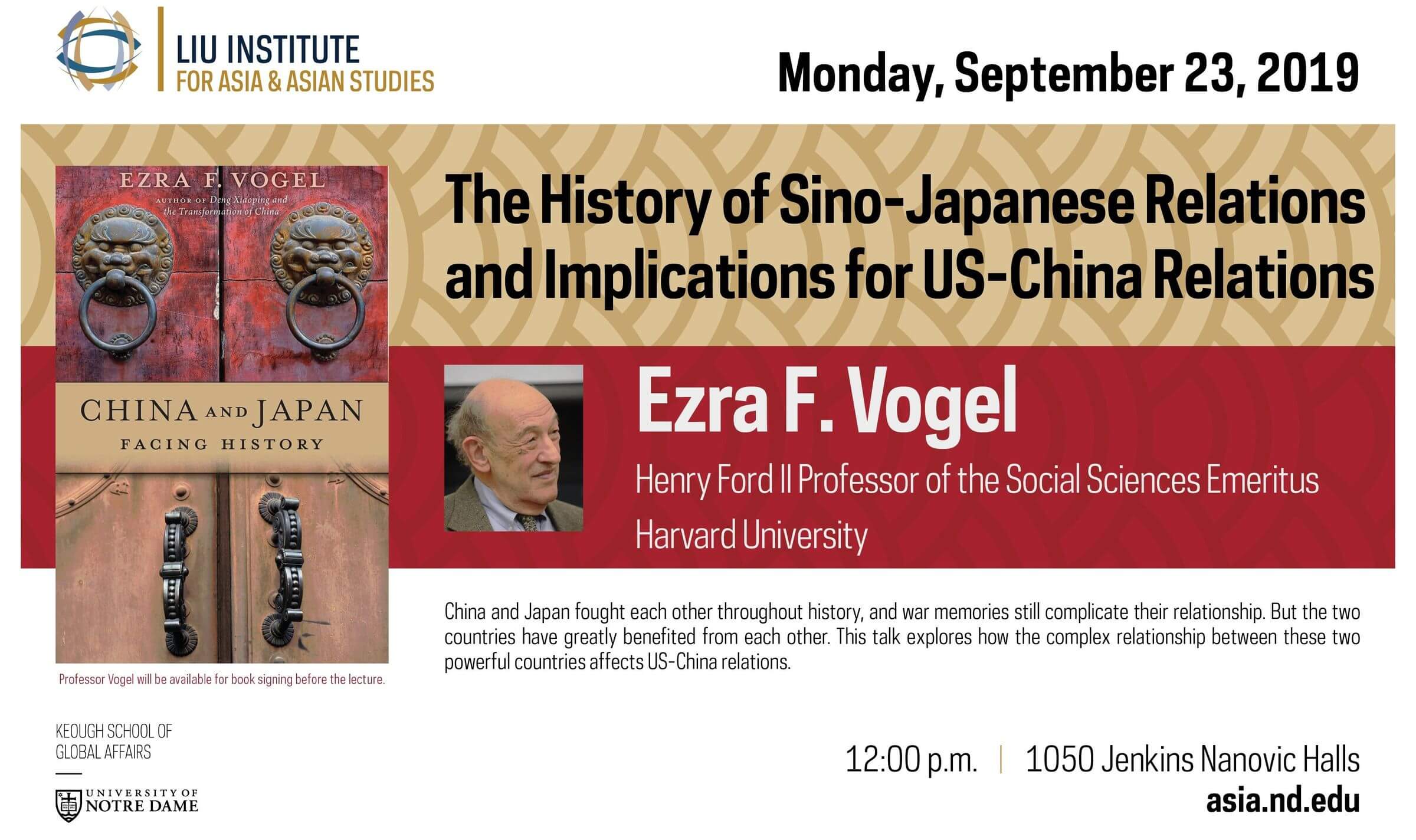 China and Japan fought each other in the Sino-Japanese War of 1894-5 and in the China War, 1937-1945. War memories still complicate their relationship. But the two countries have greatly benefited from each other --from 600 to 838 when Japan acquired its basic civilization from China, from 1895-1931 when Chinese learned modern culture from Japan, and from 1978-1992 when China learned modern technology and management from Japan.

Ezra F. Vogel received his Ph D at Harvard in 1958 in Sociology in the Department of Social Relations and was professor at Harvard from 1967-2000. His book Japan As Number One (1979), in Japanese translation, became a best seller in Japan, and his book Deng Xiaoping and the Transformation of China (2011), in Chinese translation, became a best seller in China. Among his other works are Japan's New Middle Class (1963), Canton Under Communism (1969), Comeback (1988), One Step Ahead in China: Guangdong Under Reform (1989), and The Four Little Dragons: The Spread of Industrialization in East Asia (1991).  He has spent a total of over five years in Asia conducting research. He lectures frequently in Asia, in both Chinese and Japanese. He directs a weekly speaker series for the Fairbank Center on Critical Issues Confronting China. He has received numerous honors, including eleven honorary degrees.

This lecture is free and open to the public. Book signing available before the lecture.