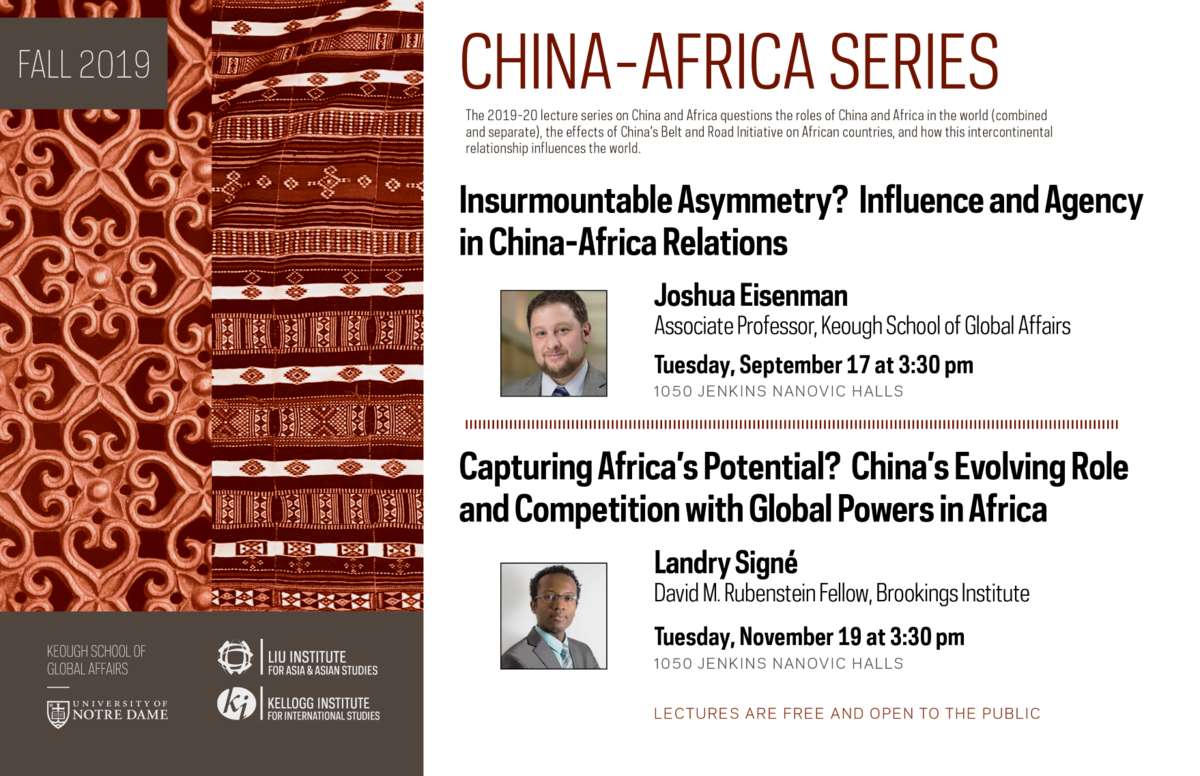 China’s advance on the African continent is often depicted as an inevitable consequence of the vast power asymmetries between a large global power (i.e., China) and its comparatively small and weak partners (i.e., African countries). Indeed, China enjoys an enduring advantage over even the largest African states on the international level (i.e., state power), the state level (i.e., state capacity), and the individual level (i.e., policy coordination and training). But are these large and multi-tiered asymmetries insurmountable, or can they at least partially be overcome? How have small African countries sought to gain agency vis-à-vis China, and how, in turn, has China responded? To investigate such questions, over the last three years Joshua Eisenman and Ambassador David H. Shinn have conducted more than 200 elite interviews in China and five African countries. Their research will culminate in their second co-authored book, which is under contract with the University of Pennsylvania Press.

Joshua Eisenman is an Associate Professor of Global Affairs at the University of Notre Dame. His research focuses on the political economy of China’s development and its foreign relations with the United States and the developing world—particularly Africa.

This lecture is the first of a five part series on China and Africa sponsored by the Liu Institute for Asia and Asian Studies and the Kellogg Institute for International Studies.

Read the story about the lecture.