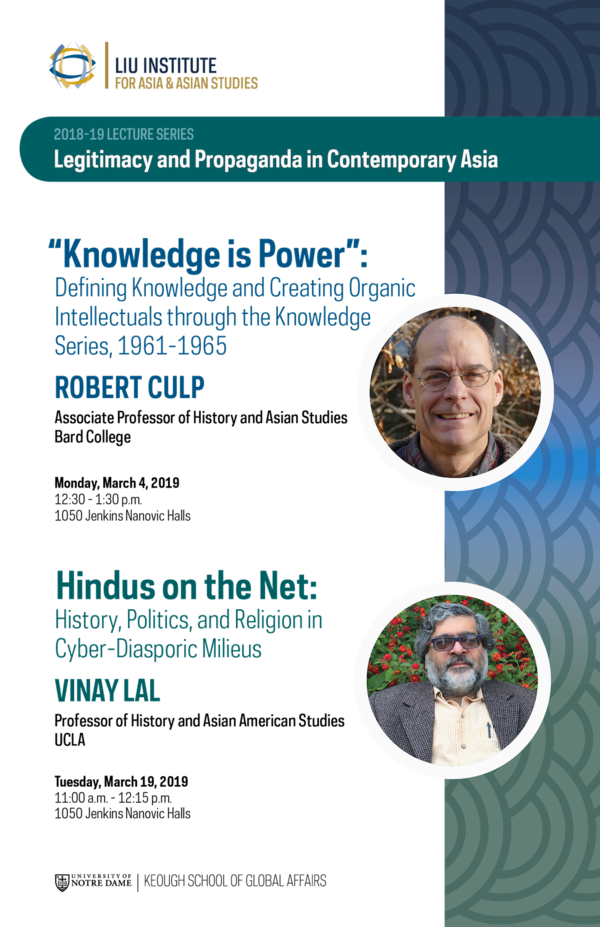 The phrase “knowledge is power” opened the inscription of each volume of the Knowledge Series, launched by cultural cadre Hu Yuzhi in 1961. But what constituted “knowledge” at this time, a decade after the founding of the People’s Republic of China? Who was the designated audience for that knowledge, and how would it empower them? This talk argues that publication of the Knowledge Series represented a return to a more global and comprehensive conception of knowledge similar to that of the previous Republican period (1912-1949) and a rejection of politicized Soviet approaches to knowledge that had dominated during the early Maoist period. Such knowledge was meant to arm China’s cadres with technical understanding to make effective policy decisions in the aftermath of the Great Leap Famine (1959-1961) while also providing them with the cultural authority to operate as “organic intellectuals” who were both “red” and “expert.”

Robert Culp is associate professor of history and Asian studies at Bard College, where he is the director of the History and Asian Studies Programs. He is the author of Articulating Citizenship: Civic Education and Student Politics in Southeastern China, 1912-1940 (Harvard University Asia Center, 2007) and The Power of Print in Modern China: Intellectuals and Industrial Publishing from the End of Empire to Maoist State Socialism (Columbia University Press, 2019).