Lecture by Audrey Truschke, "​​​​​​​Affective History: Feeling and Thinking about the Past in the Indian Public Sphere" 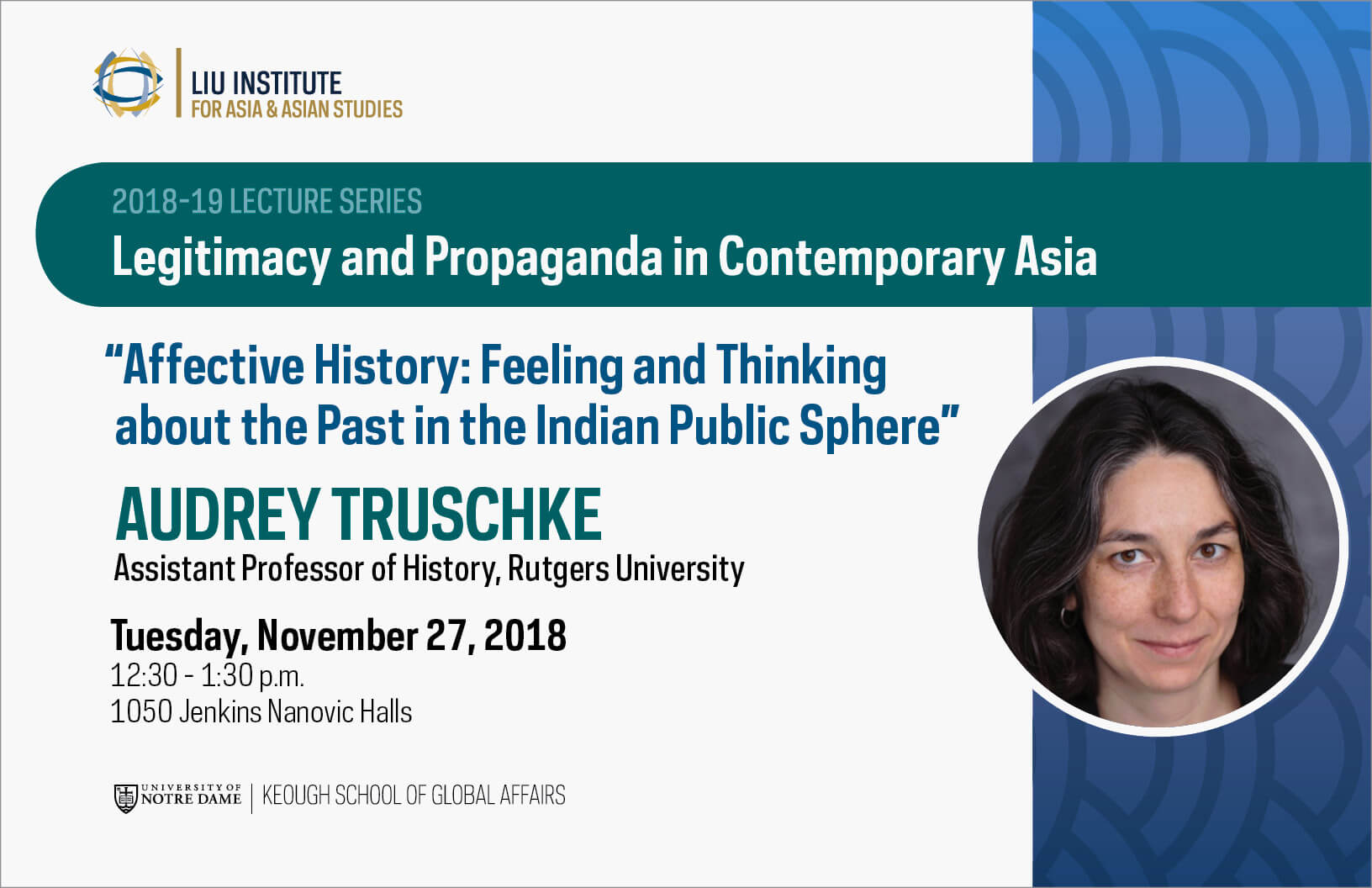 Affective History: Feeling and Thinking about the Past in the Indian Public Sphere

History is a volatile subject in modern India. Talking about the past often provokes strong emotional responses, many of which are harnessed by political parties for their own ends. This talk explores the affective-cum-political aspect of history in the Indian public sphere and how it intersects and, sometimes, interferes with the practices of modern historians. I use three case studies in the talk: Hindutva rewritings of the “Hindu” past, attempts to change India’s physical landscape, and treatments of manuscript archives in India. In each example, emotions run high, but the affective and its political implications are formulated in different ways. I try to work out each case study’s internal logic, political ramifications, and potential fall out for historians.

Audrey Truschke is Assistant Professor of South Asian History at Rutgers University in Newark, New Jersey. Her first book, Culture of Encounters: Sanskrit at the Mughal Court (Columbia University Press, 2016), investigates the literary, social, and political roles of Sanskrit as it thrived in the Persian-speaking, Islamic Mughal courts from 1560 to 1650. Her second book, Aurangzeb: The Life and Legacy of India's Most Controversial King (Stanford University Press, 2017), is a historical reassessment of one of the most hated kings in South Asian history (published in India and Pakistan as Aurangzeb: The Man and The Myth). More broadly she publishes on cross-cultural exchanges, historical memory, and imperial power in medieval and early modern India.