Lecture by Perry Link: "The Life and Ideas of Liu Xiaobo" 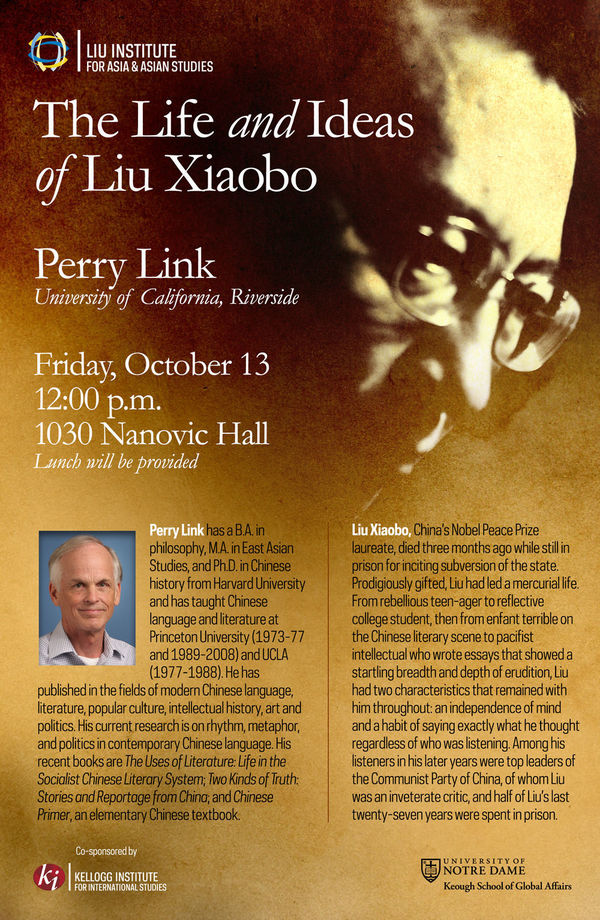 "The Life and Ideas of Liu Xiaobo"

Liu Xiaobo, China’s Nobel Peace Prize laureate, died three months ago while still in prison for inciting subversion of the state.  Prodigiously gifted, Liu had led a mercurial life. From rebellious teen-ager to reflective college student, then from enfant terrible on the Chinese literary scene to pacifist intellectual who wrote essays that showed a startling breadth and depth of erudition, Liu had two characteristics that remained with him throughout: an independence of mind and a habit of saying exactly what he thought regardless of who was listening. Among his listeners in his later years were top leaders of the Communist Party of China, of whom Liu was an inveterate critic, and half of Liu’s last twenty-seven years were spent in prison.

Perry Link, Chancellorial Chair for Innovation in Teaching Across Disciplines at UC Riverside, will present a lecture on Liu Xiaobo and broader issues related to intellectual dissent in China.

Cosponsored with the Kellogg Institute for International Studies.