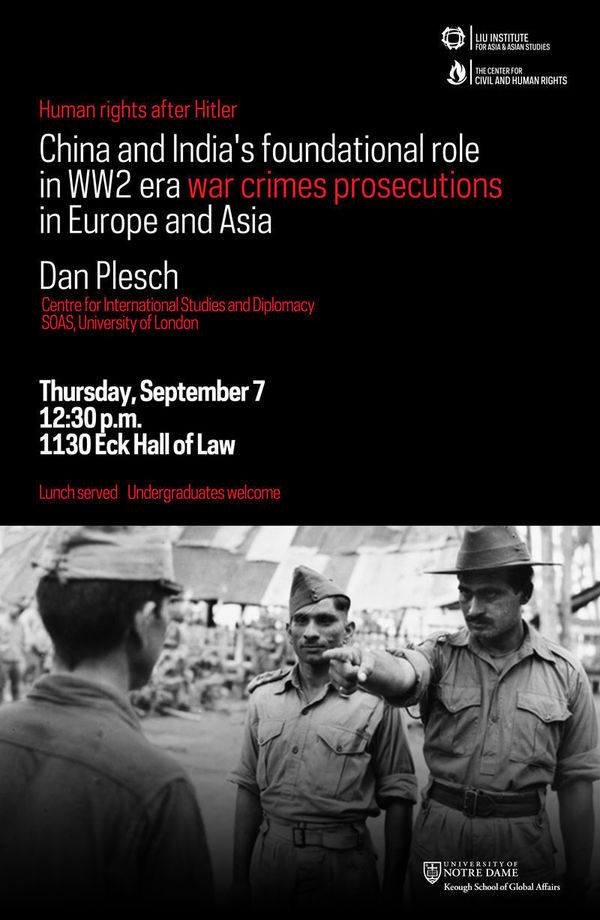 Dan Plesch, Director of the Centre for International Studies and Diplomacy at SOAS, University of London, will present his analyses of the work of the 1943-1948 UN War Crimes Commission, which indicted 36,000 Axis personnel.  The Chinese and pre-independence Indian governments played a leading role in the UNWCC, joining the Western Allies in endorsing prosecutions of the death camps and of Hitler himself during the war. In Asia they conducted internationally supported prosecutions of Japanese personnel for crimes including rape and prostitution.

This Asian agency in international criminal justice was suppressed along with the Commission itself in the McCarthy period and never rediscovered, despite the hundreds of trials conducted by the US Army for crimes including waterboarding. The records of the Commission overturn the idea that enforcing human rights standards is an exclusively Western prerogative and reveal an interagency battle in the Roosevelt Administration.

This event is co-sponsored with the Center for Civil and Human Rights.