Ian Johnson: "The Souls of China: The Return of Religion After Mao" 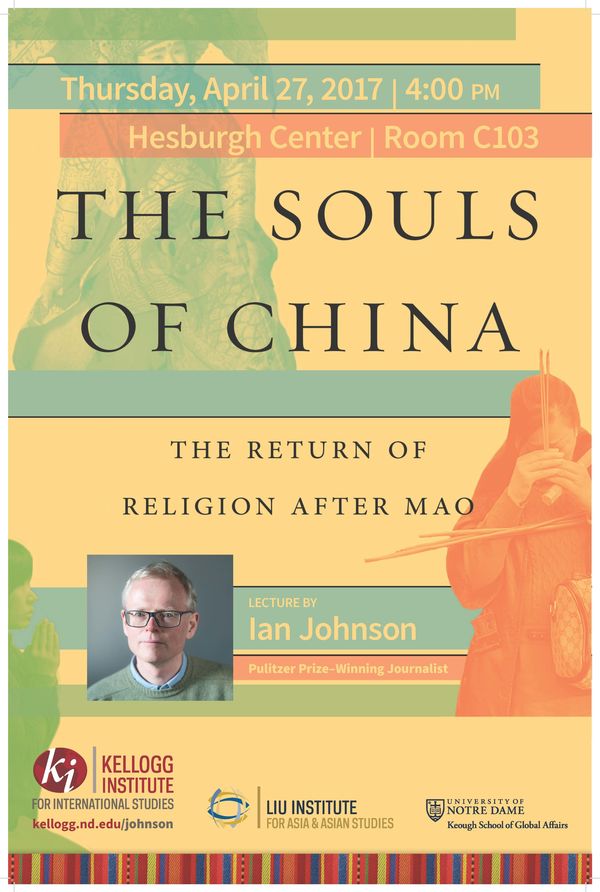 Following a century of violent anti-religious campaigns, China is now filled with new temples, churches and mosques—as well as cults, sects, and politicians trying to harness religion for their own ends. Driving this explosion of faith is uncertainty—over what it means to be Chinese, and how to live an ethical life in a country that discarded traditional morality a century ago and is still searching for new guideposts. Ian Johnson will talk about his six-year project to document the great awakening of faith that is shaping the soul of the world's newest superpower.

Ian Johnson is a Pulitzer-Prize winning writer focusing on society, religion, and history. He works out of Beijing and Berlin, where he also teaches and advises academic journals and think tanks. An expert on China, where he has spent more than half of the past 30 years, he writes features and essays for The New York Times, The New York Review of Books, The New Yorker, National Geographic, and other publications. He also teaches undergraduates and runs a fellowship program at the Beijing Center for Chinese Studies.

Johnson is the author of Wild Grass: Three Portraits of Change in Modern China (Pantheon, 2004) and A Mosque in Munich: Nazis, the CIA and the Rise of the Muslim Brotherhood in the West (Houghton Mifflin Harcourt, 2010). His newest book, The Souls of China: The Return of Religion After Mao (Pantheon), will be published in April, 2017. Johnson won a Pulitzer Prize in 2001 for his coverage of China. He holds an MA in Chinese Studies from Freie Universität Berlin.

This event is sponsored by the Kellogg Institute for International Studies. 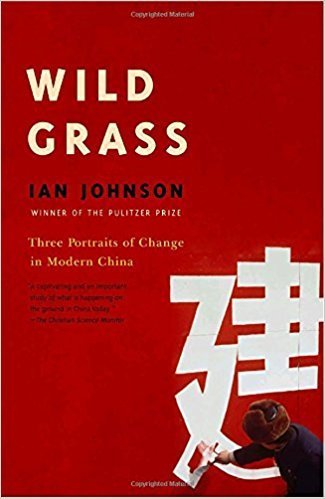 "Political Movements in Asia presents: A discussion with Ian Johnson"

Johnson will give a presentation on his book Wild Grass (2004), followed by a Q&A session.

Wild Grass: Three Stories of Change in Modern China (Pantheon, 2004) looks at how an authoritarian government can keep up with the pressures for change from a rapidly modernizing society, where levels of education and prosperity are rising every day. Told through the eyes of three remarkably unremarkable people, the stories are also allegories for China’s countryside, its cities and its spiritual realm.