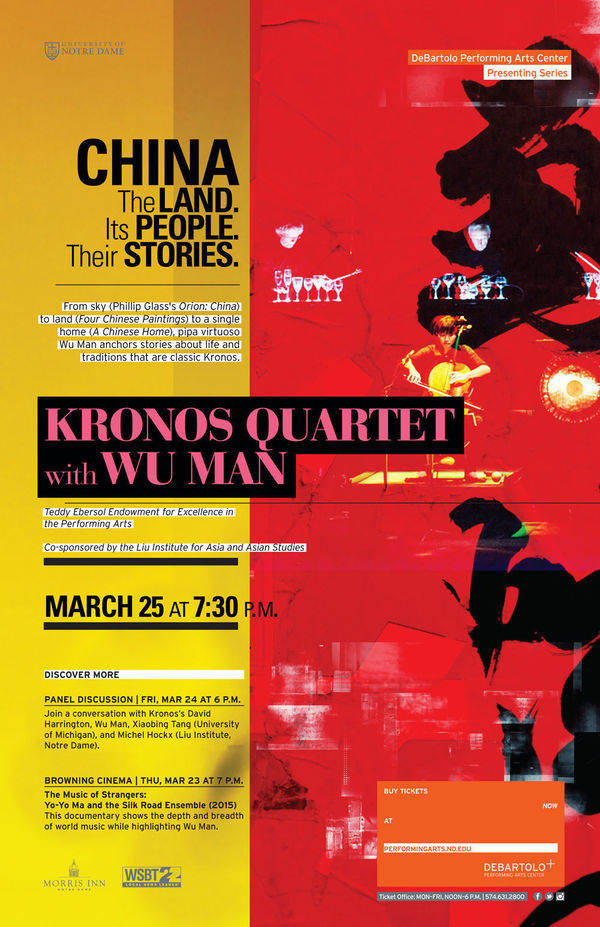 As the Kronos Quartet and Wu Man return to perform "A Chinese Home," originally commissioned by the DeBartolo Performing Arts Center in 2009, the Liu Institute for Asia and Asian Studies presents this additional event on the eve of the concert, featuring a roundtable conversation between two of the musicians and two professors of modern Chinese culture. The discussion will explore the cultural and historical background to "A Chinese Home," relating Wu and Harrington's musical journey through recent Chinese history to literary and artistic expressions from the same time period, as studied by Tang and Hockx. The discussion will be followed by Q&A with the audience.

Xiaobing Tang is the Helmut F. Stern Professor of Modern Chinese Studies and Comparative Literature at the University of Michigan. He has published widely on modern and contemporary Chinese literature, art, and visual culture. Michel Hockx is Director of the Liu Institute and Professor of Chinese Literature at the University of Notre Dame. His recent work focuses on twentieth-century Chinese cultural communities, including online communities, and their relationship to the state.