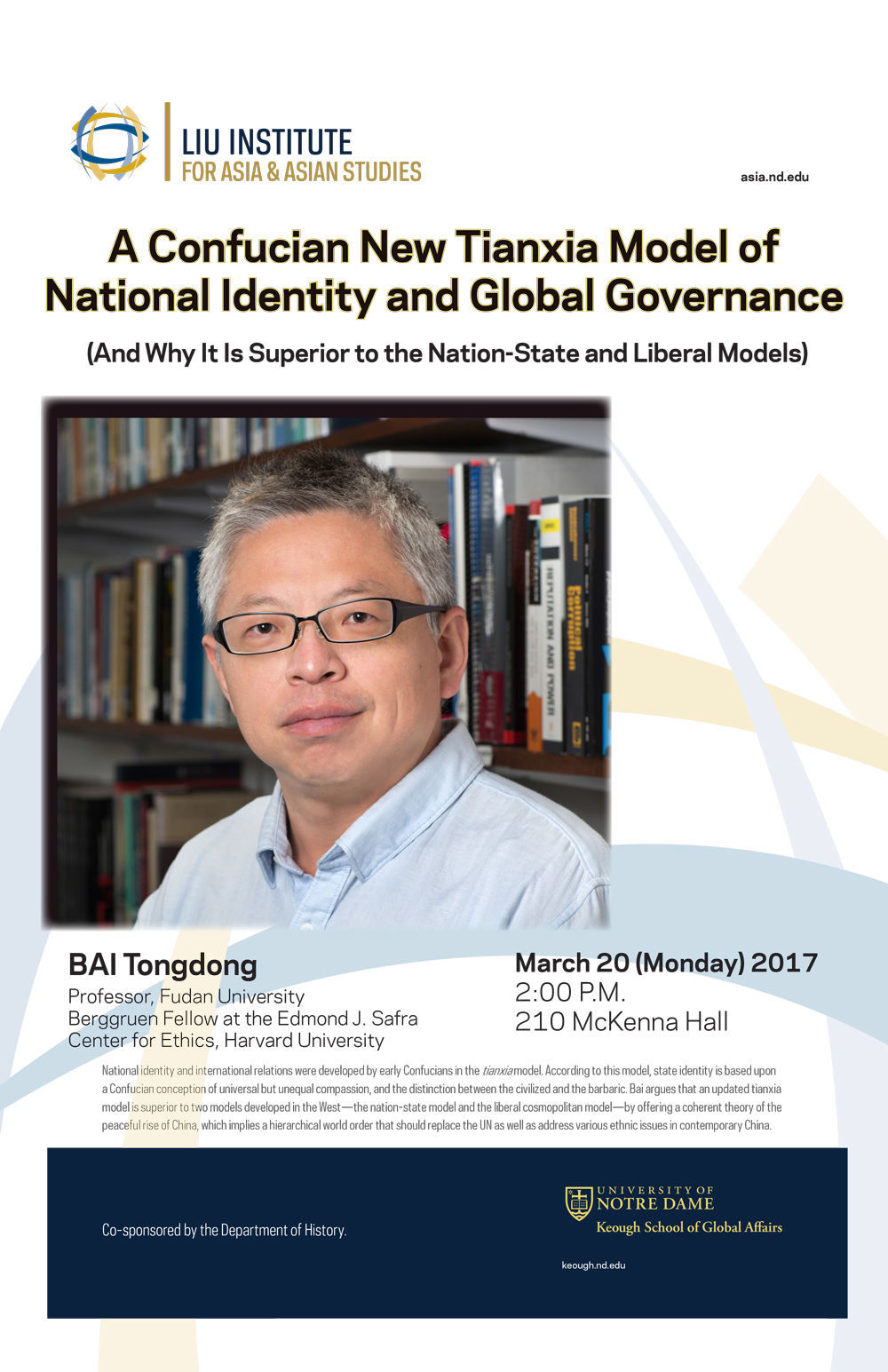 China’s Zhou-Qin transition is a modernization, and the pre-Qin Chinese thinkers already addressed issues of modernity.  On the issues of national identity and international relations, early Confucians developed a tianxia model.  According to this model, state identity is based upon a Confucian conception of universal but unequal compassion and the distinction between the civilized and the barbaric.  It recognizes the legitimacy of sovereignty, but allows it to be overridden under certain conditions (“humane (ren) responsibility overrides sovereignty”).

In this lecture, Tongdong Bai will argue that an updated tianxia model is superior to two models developed in the West, the nation-state model and the liberal cosmopolitan model.  The new tianxia model offers a coherent theory of the peaceful rise of China, and implies a hierarchical world order that is to replace the UN.  It also addresses various ethnic issues in contemporary China.

Dr. Tongdong Bai is a full professor and the Dongfang Chair Professor at the School of Philosophy at Fudan University in China.  He held a bachelor degree in nuclear physics and a master degree in the philosophy of science from Peking University, and obtained his doctoral degree in philosophy from Boston University.  He was a tenured associate professor at Xavier University in Cincinnati before he moved to Fudan.  He was the first and so far the only tenured philosophy teacher from the U.S. who has returned to China as a full-time faculty member.  His research interests include Chinese philosophy and political philosophy, especially the comparative and contemporary relevance of traditional Chinese political philosophy.