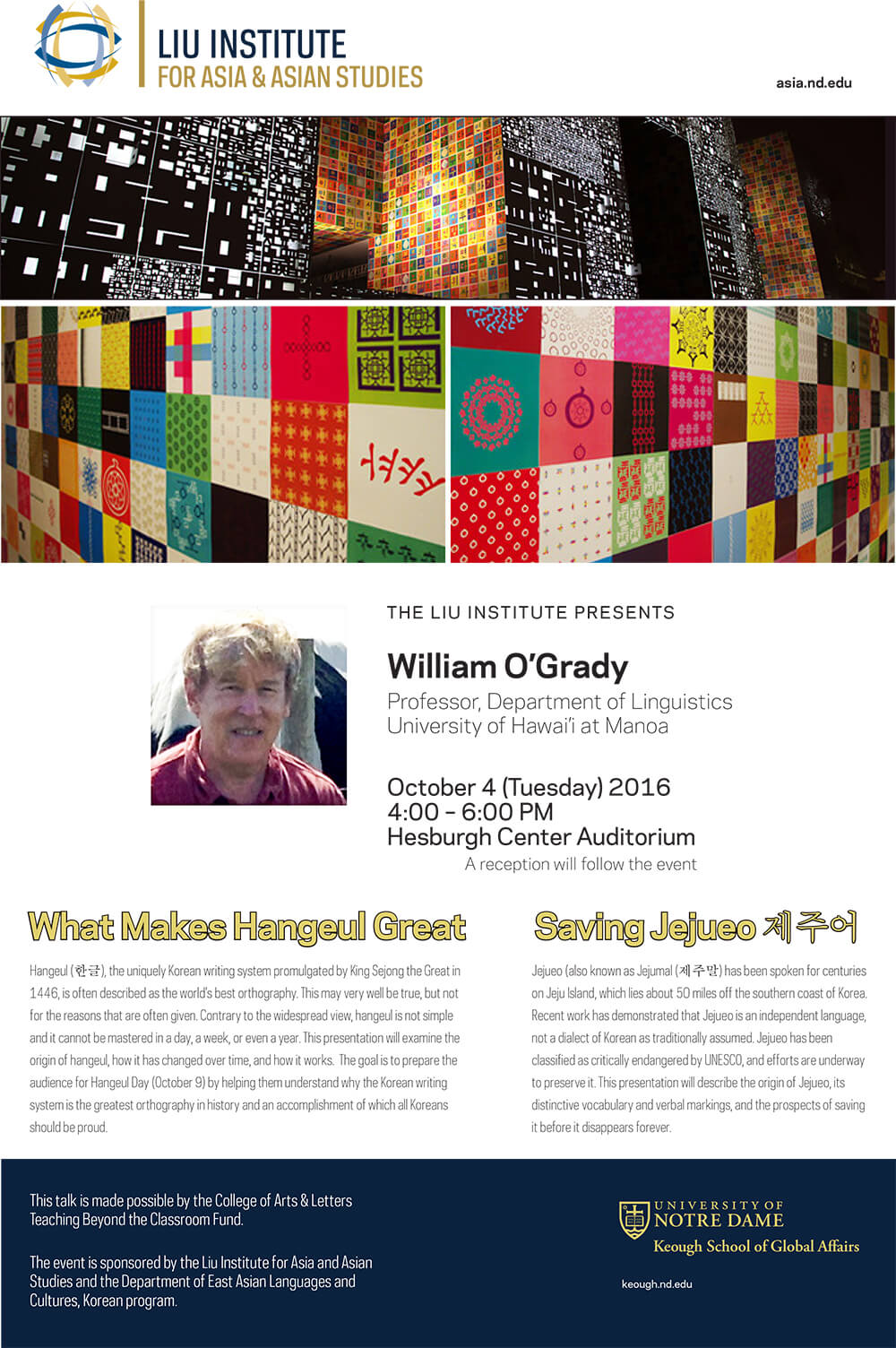 What Makes Hangeul Great
Hangeul (한글), the uniquely Korean writing system promulgated by King Sejong the Great in 1446, is often described as the world’s best orthography. This may very well be true, but not for the reasons that are often given. Contrary to the widespread view, hangeul is not simple and it cannot be mastered in a day, a week, or even a year. This presentation will examine the origin of hangeul, how it has changed over time, and how it works. The goal is to prepare the audience for Hangeul Day (October 9) by helping them understand why the Korean writing system is the greatest orthography in history and an accomplishment of which all Koreans should be proud.

Saving Jejueo 제주어
Jejueo (also known as Jejumal (제주말) has been spoken for centuries on Jeju Island, which lies about 50 miles off the southern coast of Korea. Recent work has demonstrated that Jejueo is an independent language, not a dialect of Korean as traditionally assumed. Jejueo has been classified as critically endangered by UNESCO, and efforts are underway to preserve it. This presentation will describe the origin of Jejueo, its distinctive vocabulary and verbal markings, and the prospects of saving it before it disappears forever.

This talk is made possible by the College of Arts & Letters Teaching Beyond the Classroom Fund.

The event is sponsored by the Liu Institute for Asia and Asian Studies and the Department of East Asian Languages and Cultures, Korean program.