John T. McGreevy: From Nation to Empire in a Global Church—American Jesuits in the Philippines 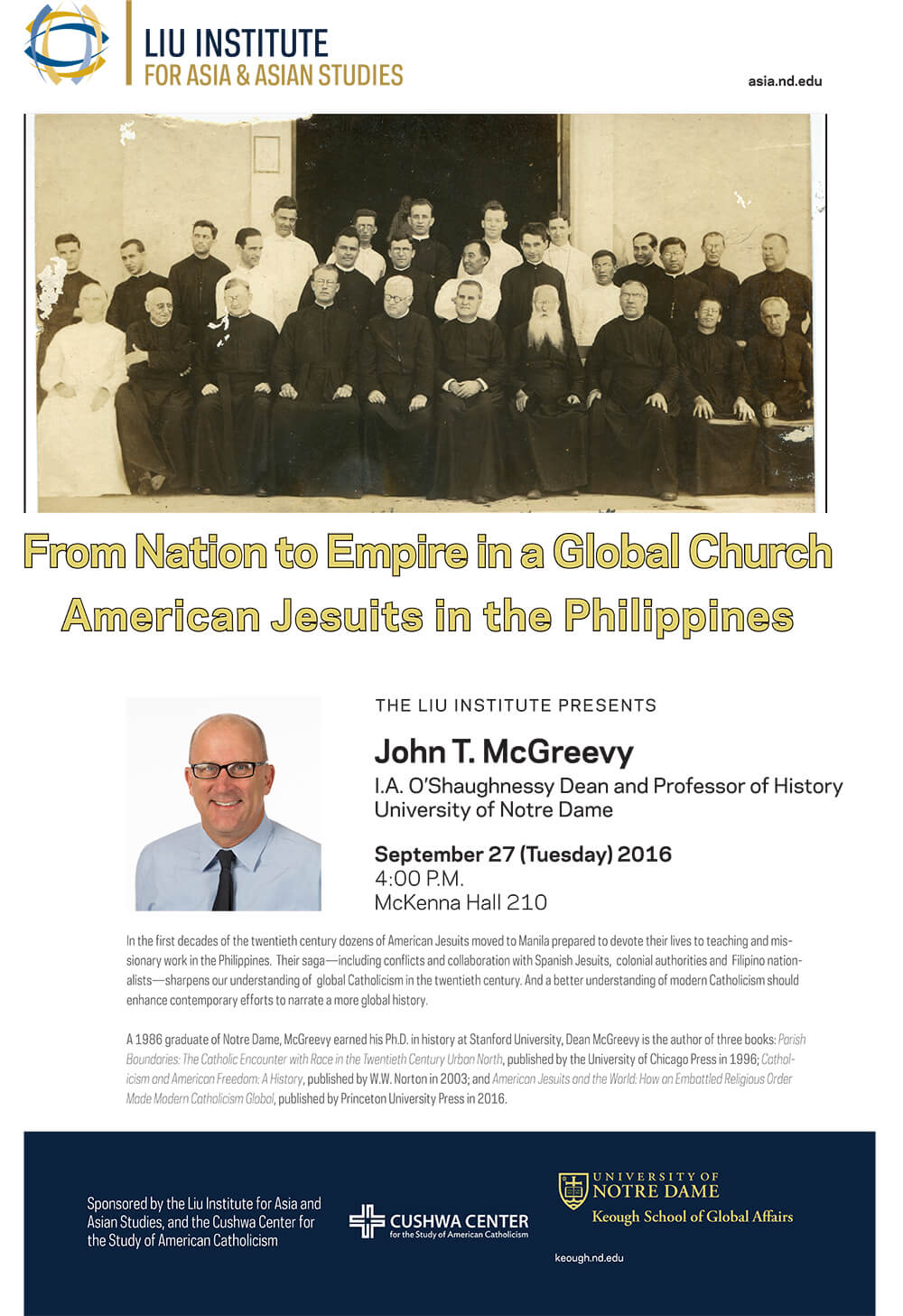 John T. McGrrevy: From Nation to Empire in a Global Church—American Jesuits in the Philippines

In the first decades of the twentieth century dozens of American Jesuits moved to Manila prepared to devote their lives to teaching and missionary work in the Philippines.  Their saga -- including conflicts and collaboration with Spanish Jesuits,  colonial authorities and  Filipino nationalists -- sharpens our understanding of  global Catholicism in the twentieth century. And a better understanding of modern Catholicism should enhance contemporary efforts to narrate a more global history.

John T. McGreevy is the I.A. O'Shaughnessy Dean of the College of Arts and Letters and Professor of History at the University of Notre Dame. A 1986 graduate of Notre Dame, McGreevy earned his Ph.D. in history at Stanford University, Dean McGreevy is the author of three books: Parish Boundaries: The Catholic Encounter with Race in the Twentieth Century Urban North, published by the University of Chicago Press in 1996; Catholicism and American Freedom: A History, published by W.W. Norton in 2003; and American Jesuits and the World: How an Embattled Religious Order Made Modern Catholicism Global, published by Princeton University Press in 2016.

He has received fellowships from the American Council of Learned Societies, the Louisville Institute and the Erasmus Institute, and has published numerous articles and reviews in the Journal of American History,Commonweal, The New Republic, Chicago Tribune, The New York Review of Books, and other venues.