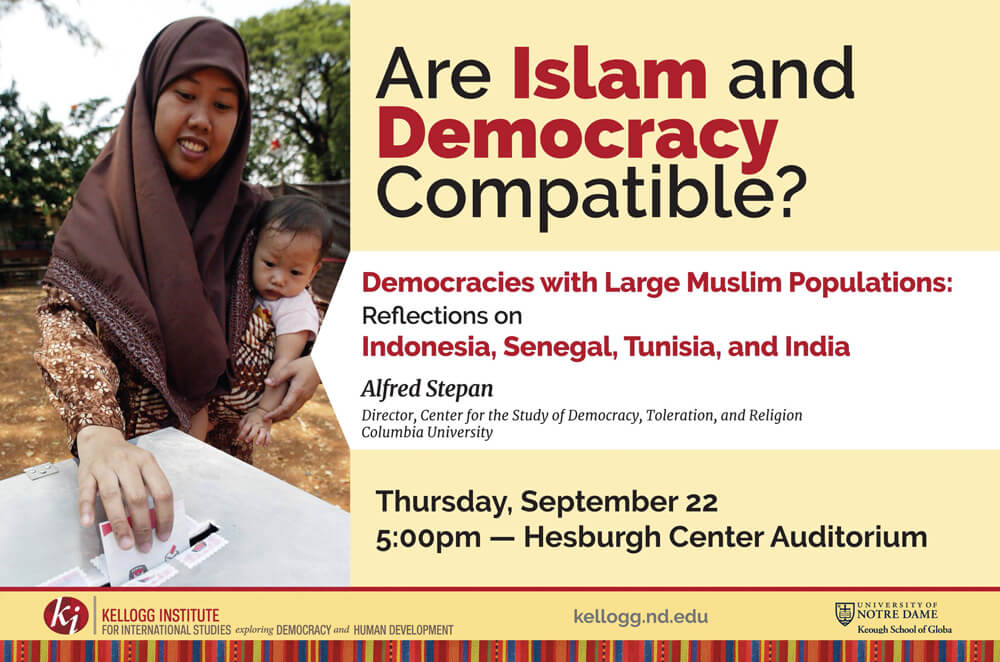 Many commentators highlight Islamic political, and above all, democratic disasters. In contrast, democratic successes in such Islamic-majority countries as Indonesia, Senegal, and Tunisia have been under-documented and under-theorized. India, with its huge Muslim population, could also be included in the "success" category. In a moment of growing despair and religious conflict, this lecture will be an attempt to expand our imaginations about the multiple ways democracy can be crafted, based on extensive field research and interviews in all of these countries.

Alfred Stepan is Wallace Sayre Professor of Government Emeritus and the founding director of the Center for the Study of Democracy, Toleration, and Religion at Columbia University. His research interests include comparative politics, theories of democratic transitions, federalism, and the world’s religious systems and democracy. Among the most recent of his many influential books is Boundaries of Toleration(edited with Charles Taylor, Columbia University Press, 2014) and Crafting State-Nations: India and Other Multinational Democracies (with Juan J. Linz and Yogendra Yadev, Johns Hopkins University Press, 2011). He is a fellow of both the British Academy and the American Academy of Arts and Sciences. A former Kellogg Institute guest scholar, Stepan also served on the Institute’s Advisory Board. He holds a PhD from Columbia University.