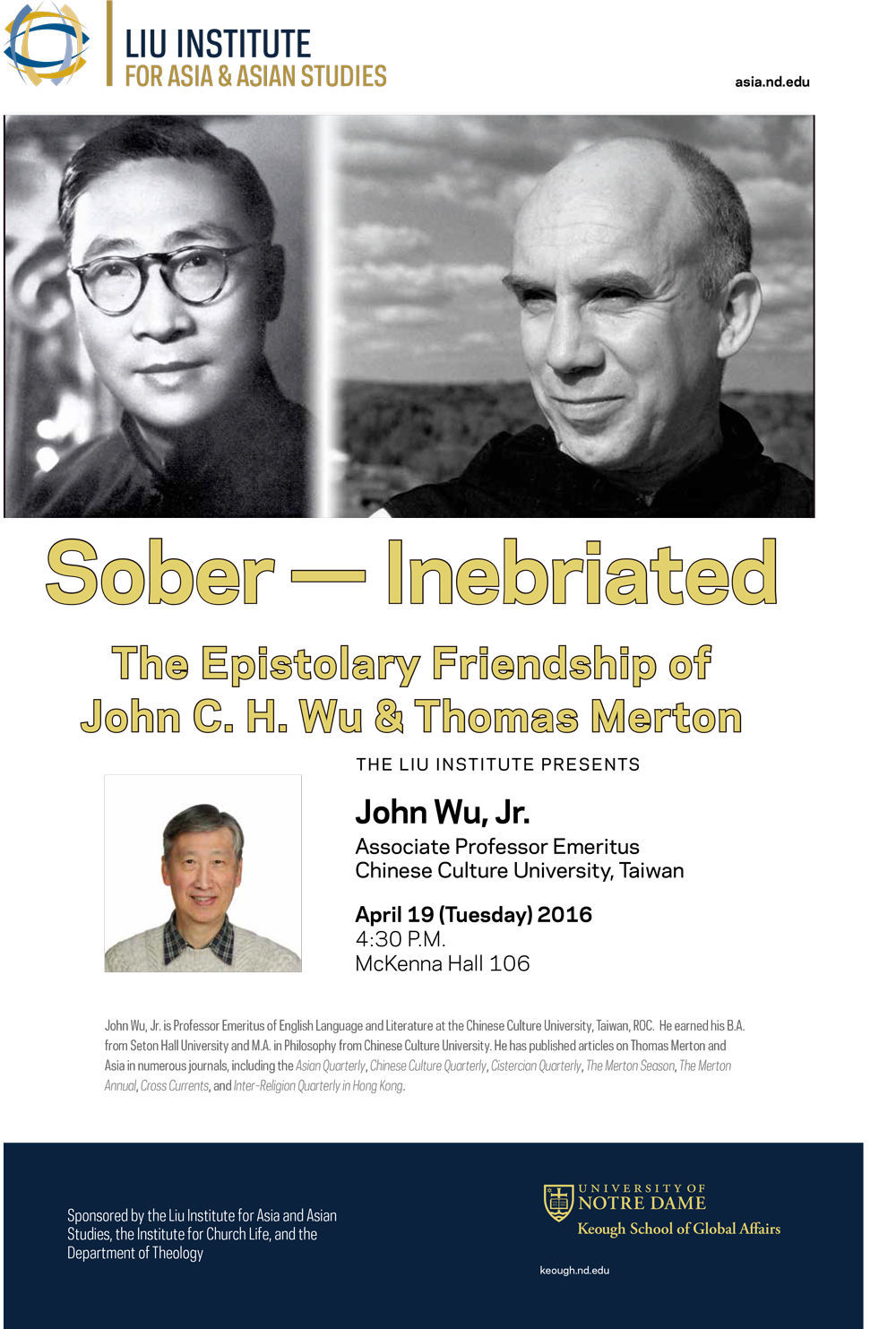 From 1961 until Thomas Merton's death in 1968, the famous American author and monk Merton and Chinese Catholic author and scholar of law and philosophy, John C. H. Wu (吳經熊, Wu Jingxiong) corresponded often, forming a deep friendship around their common interest in Christian spirituality and Chinese humanism. Wu guided and encouraged Merton in his work on his book The Way of Chuang Tzu (Merton's favorite of his own books), and Merton wrote the introduction to Wu's classic The Golden Age of Zen. They took delight in sharing insights and their own experiences drawing from Catholic saints, Daoism, Zen Buddhism, poetry, and other sources. In this talk John C. H. Wu's son, John Wu, Jr., from Taiwan, will share his unique expertise on the Wu-Merton friendship, as well as his own friendship with Merton in 1967–68. This is a rare opportunity to learn about an important East-West spiritual friendship.