Hmong Memory at the Crossroads—Three Generations, Three Continents, One Culture 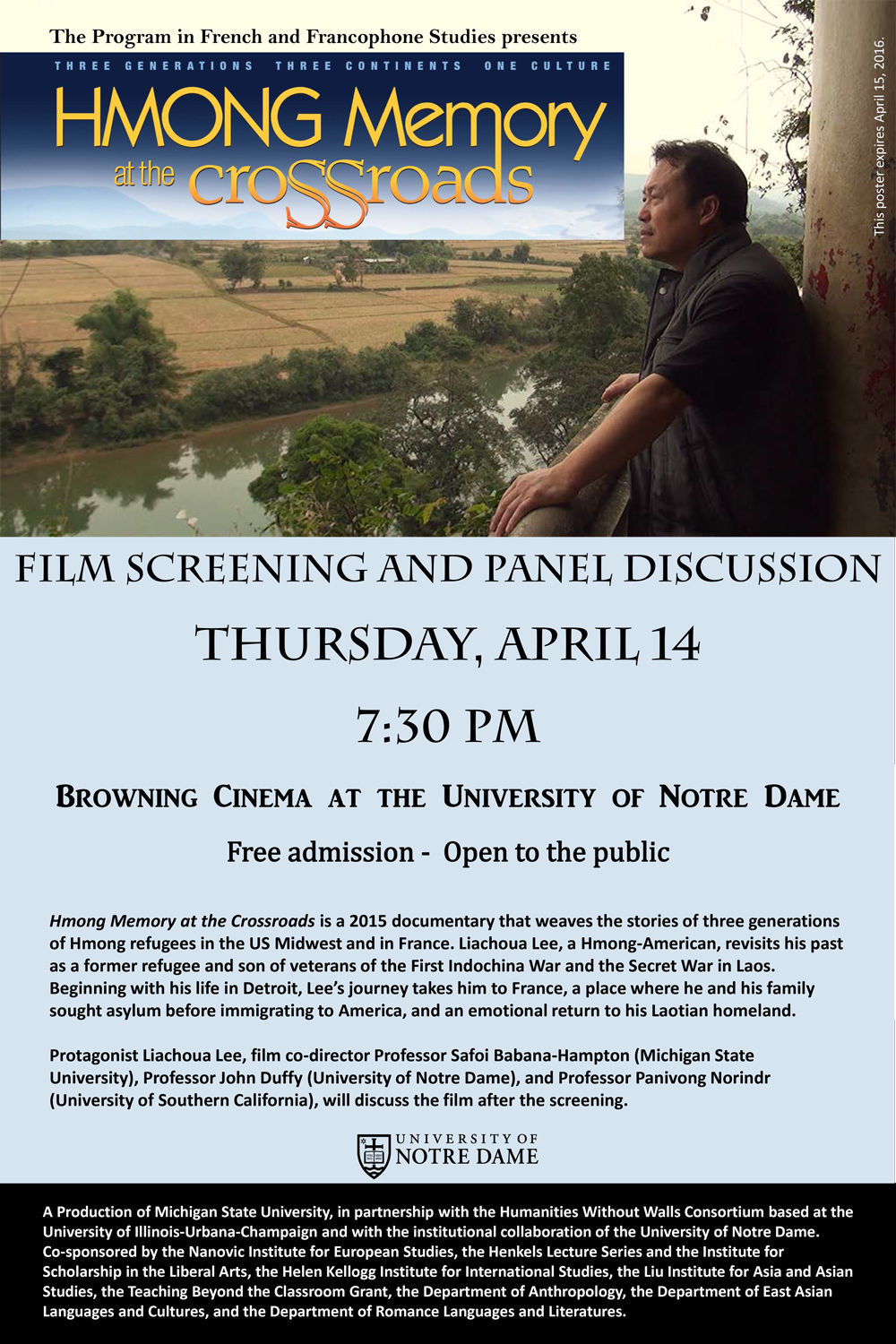 Hmong Memory at the Crossroads is a 2015 documentary that weaves the stories of three generations of Hmong refugees in the US Midwest and in France. Liachoua Lee, a Hmong-American, revisits his past as a former refugee and son of veterans of the First Indochina War and the Secret War in Laos. Beginning with his life in Detroit, Lee’s journey takes him to France, a place where he and his family sought asylum before immigrating to America, and an emotional return to his Laotian homeland.