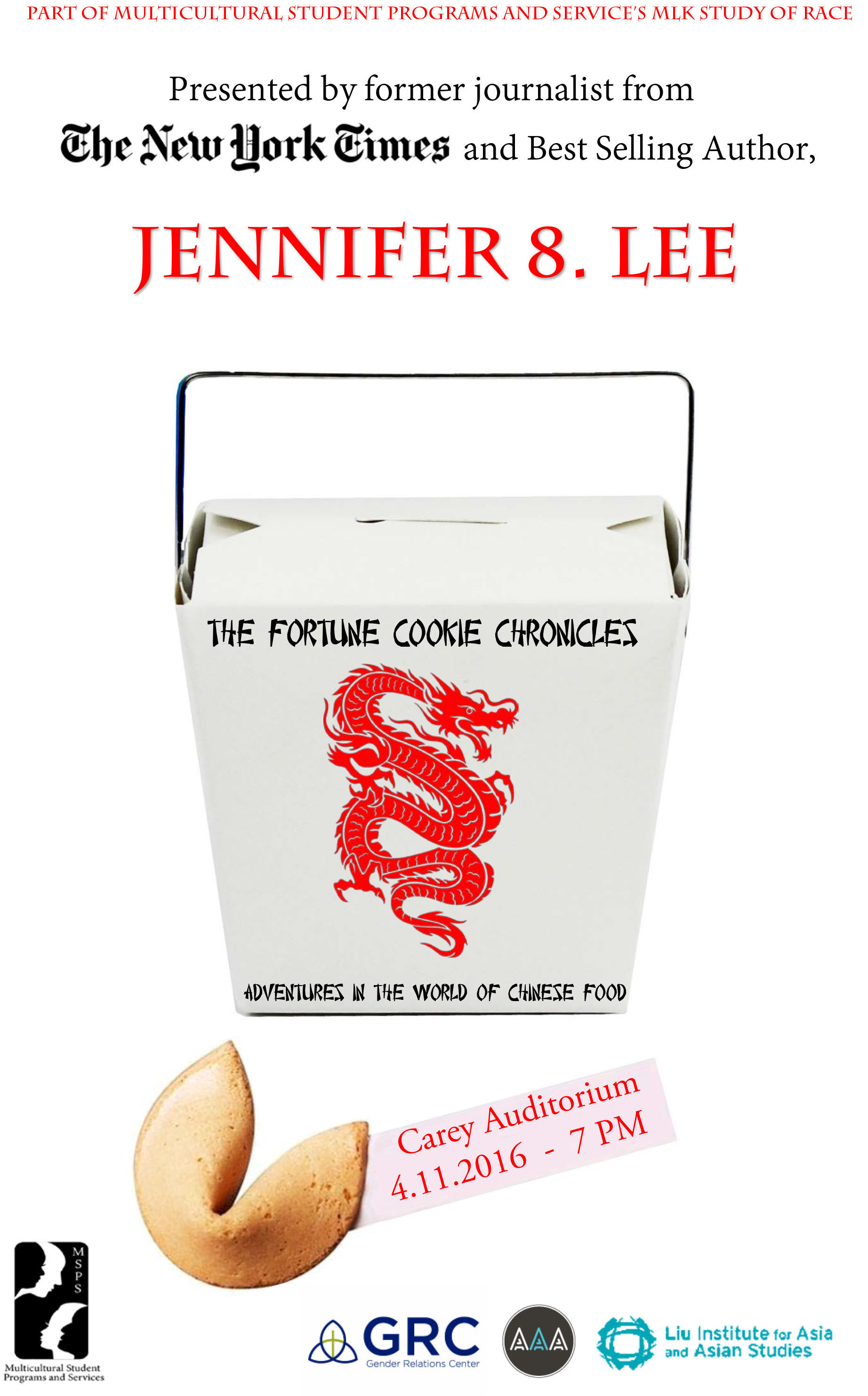 Jennifer Lee’s lecture focuses on the Americanization of Chinese food and appropriation. Americans love what they know to be Chinese food, but alter the any originary (authentic) culture so that it is easier to digest. Jennifer uses history and humor to articulate the issues of misrepresentation and discrimination. This lecture is a part of MSPS' Dr. Martin Luther King Jr. lecture series.

Jennifer 8. Lee is co-founder and CEO of Plympton, a San Francisco-based literary studio that innovates in digital publishing. A former New York Times reporter, Jenny is a producer of “The Search for General Tso,” a documentary which premiered at the 2014 Tribeca Film Festival, and the author of the New York Times-bestselling book, The Fortune Cookie Chronicles (Twelve, 2008).

Jenny also serves on the boards for the Nieman Foundation, the Center for Public Integrity, the Digital Public Library of America, the Asian American Writers’ Workshop, Hacks/Hackers, as well as committees for the New York Public Library Young Lions committee, the Robert F. Kennedy journalism awards, and SXSW programming. Jenny has served as the lead judge for the $25 million Knight News Challenge, and on the launch team for Upworthy. She discovered fortune cookies were originally Japanese and coined "man date" as a term. She successfully spearheaded a campaign to add a dumpling emoji as a candidate for release in 2017, and now serves on the Unicode Emoji Subcommittee. She was an Esquire "Women We Love." Jenny graduated with a degree in Applied Math and Economics from Harvard, where she was vice president of The Harvard Crimson.