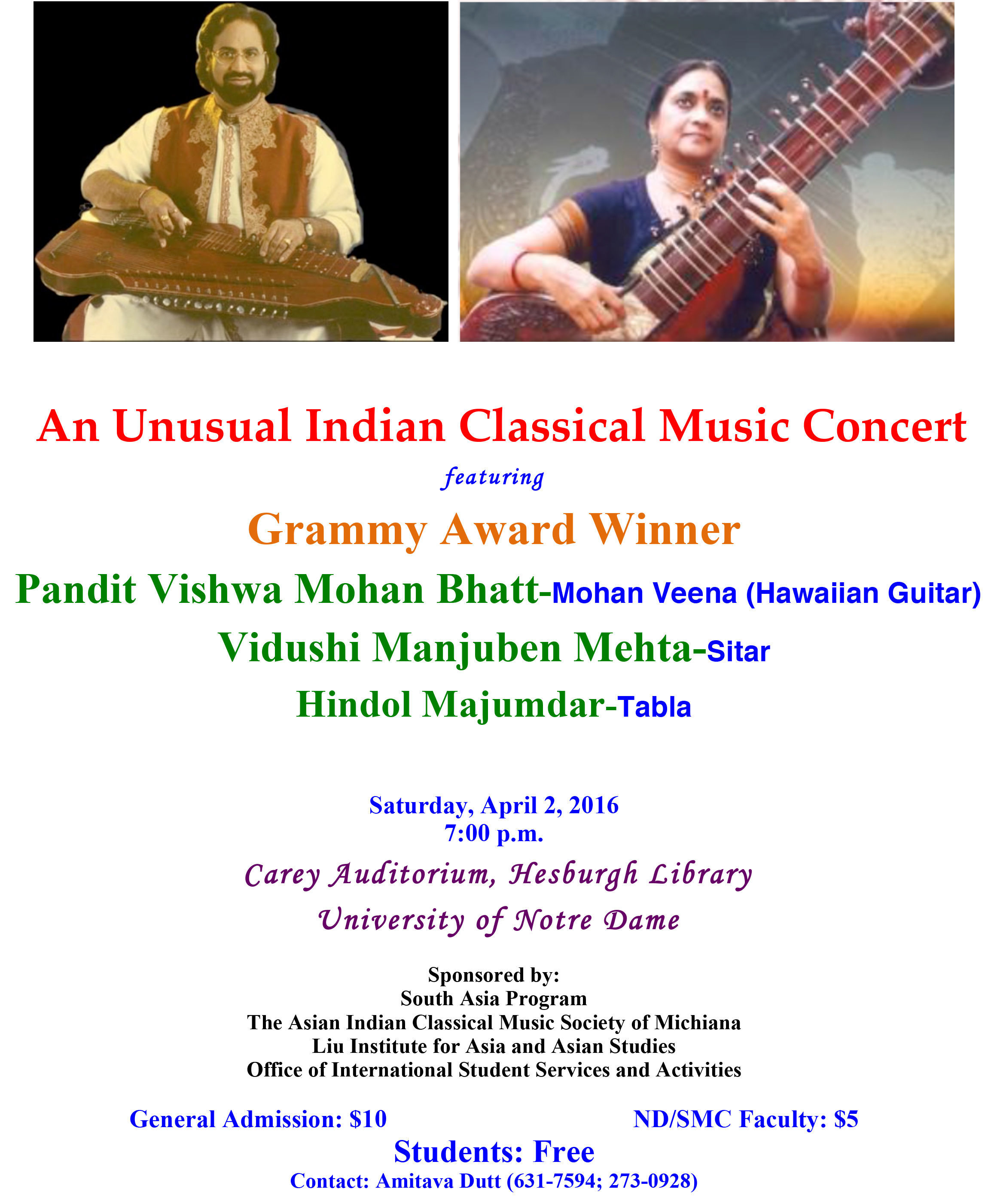 Pandit Vishwa Mohan Bhatt is the creator of the Mohan Veena, which successfully Indianizes the Hawaiian guitar by adding 14 strings to it to allow it to accommodate sitar, sarod and veena techniques. He is among the foremost disciplines of the legendary sitar maestro Pandit Ravi Shankar, and his blinding speed and faultless legato makes him one of the most expressive, versatile and accomplished slide players in the world. He received a Grammy Award in 1994 for his album with Ry Cooder entitled A Meeting by the River. He has performed extensively, among other places, in the US, Russia, Canada, the UK, Germany, Spain, France, Italy, Switzerland, the Netherlands, Belgium, Denmark, and the UAE and, of course, all over India.

Vidushi Manju Mehta is one of India’s most renowned female sitarists. She took up the sitar at the age of thirteen under the tutelage of her eldest brother, Shashi Mohan Bhatt. She subsequently became a disciple of Pandit Ravi Shankar. She has performed regularly on television and radio in India, where she is a designated “top grade” artist and has participated in major music concerts in India and abroad. The legendary sarod maestro Ustad Ali Akbar Khan has described her as a “creative performer of exceptional caliber.”