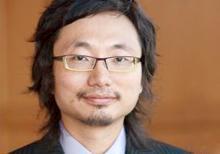 Jian Yi is being honored with the Kroc Institute's 2015 Distinguished Alumni Award. An internationally recognized independent filmmaker, he is the founder of IFChina Original Studio, a independent nonprofit group that supports collaborative community and citizen film projects.

Jian Yi's feature and documentary films, which reveal the social and cultural tensions of contemporary China, have won international awards, including the Montreal World Film Festival's Bronze Zenith Award in 2007.

His films have been selected for international film festivals and screened at numerous venues around the globe, including the Museum of Modern Art, the Brooklyn Academy of Music, the China Institute, the UN climate conference in Copenhagen, and university campuses including Oxford, Cambridge, Yale, Columbia, Cornell, the University of Southern California, the University of California at Los Angeles, the California Institute of the Arts, Notre Dame, the New School and New York University.

Jian directed the critically acclaimed films What's for Dinner? (2013), Super, Girls! (2008) and Bamboo Shoots (2007), and co-founded the groundbreaking China Village Documentary Project (2004), in which ordinary villagers from across China used video cameras to record the changing rural dynamics in their home villages. Two of Jian's recent films will be screened at Notre Dame on April 15.

His film Global Civics (2012) emphasizes the importance of global ethics by going beyond a state-level analysis and applying the concept of civil society to the global level. Collaborating with fellow Yale World Fellow Hakan Altinay and filmmaking teams in nine countries, Jian explored how ordinary people as well as global leaders think about global social responsibility and interdependence.

Jian Yi has been recognized as a Starr Foundation Artist in Residence of the Asian Cultural Council in New York (2007), Yale World Fellow (2009), Open Society Fellow (2010), India-China Fellow of The New School (2008-2010) and as a delegate to Asia Society's Asia 21 Young Leaders' Summit in 2011. In 2007 he was one of the three Chinese national finalists selected by the British Council for its International Young Film Entrepreneur of the Year award, and was a visiting Fellow at Cambridge University. In addition to a master's degree in international peace studies from Notre Dame, he holds a master's degree in journalism from Communication University of China.