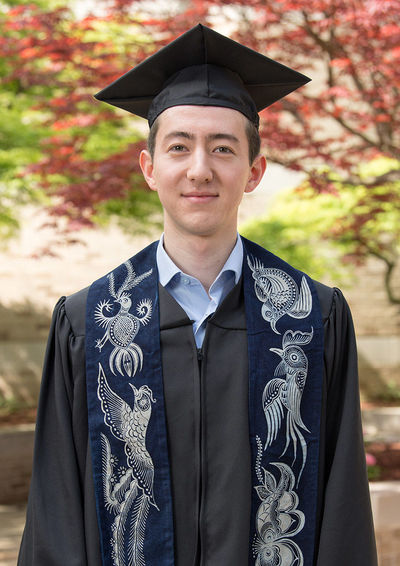 Jeremy Cappello Lee’s immersion into Asian Studies started right out of high school. Interested in his Korean heritage, he took a year off before starting college and traveled to Seoul. He studied Korean language in depth and focused on culture and lifestyle just as earnestly. It sparked an intellectual interest and challenge to study language, culture, and history of the region.

"The supplementary major in Asian Studies is a great way to develop a broad base of understanding about Asia while having the freedom to go deeper in any area of interest."

So he sought out Asian Studies opportunities at Notre Dame. And Cappello Lee, a senior majoring in philosophy, has packed an impressive number of experiences into his college days:

• Intensive Mandarin language study abroad in Beijing
• An opportunity in Cambodia to teach English through the Center for Social Concerns’ International Summer Service Learning Program
• A research experience in Cambodia through the Liu Institute to conduct interviews with experts on the relationship between cell phone usage and civic participation in Phnom Penh
• On-campus courses including third-year Korean, Chinese language, and directed Korean readings
• A capstone on Chinese film

Still, Cappello Lee hadn’t originally planned to pursue a supplementary major in Asian studies, though he was pursuing a minor. It was only during his junior year that he realized his experiences fit naturally with the program of study and that many of his electives counted toward supplementary major requirements. Looking deeper, he discovered the supplementary major complements his philosophy major and reflects his strong interest in Asian Studies.

“For me, Asian Studies is important as a way of putting my philosophy studies in a more comparative perspective,” he explains. “It has been valuable to have that balance and critical perspective because Notre Dame doesn’t have a strong focus on Asian philosophy.

“Also, the supplementary major in Asian Studies is a great way to develop a broad base of understanding about Asia while having the freedom to go deeper in any area of interest. It’s something students should really consider if they have even a passing interest in studying an area of the world that is so crucial in globalized society.”

Jeremy Cappello Lee graduated in May 2018.